Lobster Tanks In Stores: As Bad As It Looks

Lobsters are in high demand, especially around the holidays. An analysis of the marketing practices of fish shops in Sardinia, Italy showed how these animals suffer.
FULL TEXT The full text of this article is available.
PEER REVIEWED This article has been peer reviewed.
EXTERNAL STUDY This is a summary of an external study.
Summary By: Sara Streeter | Original Study By: Esposito, G., Nucera, D., & Meloni, D. (2018) | Published: July 29, 2021
Photo by Pixabay from Pexels

Global seafood consumption has increased in recent decades, including not only fish but crustaceans such as lobsters and crabs. The two preferred varieties of lobsters are caught off the northeast coast of North America and the coasts of the United Kingdom, Ireland, Channel Islands, and France. The European catch has declined in recent years resulting in more imports from North America.

The European Union (E.U.) increasingly emphasizes animal welfare to improve both the lives of animals used for food as well as the health of the consumers who eat them. However, these rules exclude invertebrates, including lobsters. Though many animal advocates would disagree, whether lobsters feel pain or not is still a subject for scientific debate. However, recent studies show evidence of behavioral responses suggesting that they do react to noxious stimuli. Since it appears that lobsters may indeed experience pain and stress, researchers in this study wanted to learn more about conditions for lobsters in retail settings.

Study authors recruited seven markets on the Italian island of Sardinia for their project. The four larger stores and three smaller stores were all linked to national and international supply chains. Researchers examined marketing policies as they affected the care of live lobsters in these stores. Retailers typically keep live lobsters ready for sale in aquariums. There is no limit on how long the lobsters can be kept. They aren’t fed, and their claws are tied together for the safety of other lobsters and their human keepers.

The quality of the lobster care was measured by observation, with esearchers gathering data through unannounced sampling visits. They went to each store 21 times across seven weeks. During the visits, researchers discreetly observed employees as they carried out their tasks. They recorded their observations about the care and marketing of the two lobster species, numbers of each species sold, tank conditions including the presence of other crustaceans, and the maintenance and cleanliness of the water. Temperature and pH in the aquariums were verified using data sheets compiled by shop staff.

Statistical analysis showed no significant differences between the care practices of the larger stores and those of the smaller shops. Lobsters were often marketed alive on ice, which is stressful for the animals. They were also stocked for unknown periods in market aquariums. Lobsters had no tags to show how long they had been in the store, so a “first in, first out” sale strategy was not possible. More than 50% of the shops had low scores for water cleanliness in the aquariums. All these practices run counter to the welfare needs of lobsters in general.

For animal advocates, the study shows practical ways that retail shop managers should be encouraged to improve their practices in caring for lobsters, at a bare minimum. Strategies to improve conditions — such as keeping lobsters in tanks at low temperatures to slow their metabolism  thereby extending the length of time they can be kept without undue stress — are good, however, it is likely the lobsters still suffer. Animal advocates should campaign for E.U. welfare laws that cover lobsters and other crustaceans. Educating the public about what constitutes optimal conditions for lobsters prior to sale would also put pressure on retailers to improve their practices in the absence of legislative reform.

The Development Of An Animal Protection Regime In China

China’s current animal welfare legislation is comprised of locally grounded principles and practices that are, in part, influenced by Western laws. 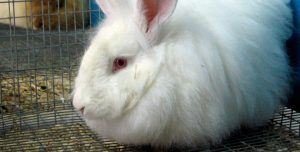 The Welfare Of Rabbits During Transport

A new study clearly shows that rabbits feel physiological stress during transport to slaughter, in particular in the case of overcrowded transport crates.