Lessons From The Surge Of Pandemic Dog Fosters

Dog shelters adapted to the pandemic in different ways. What can we learn from those that did it best?
FULL TEXT The full text of this article is available.
PEER REVIEWED This article has been peer reviewed.
EXTERNAL STUDY This is a summary of an external study.
Summary By: Bret Homer | Original Study By: Gunter, L. M., Gilchrist, R. J., et al. (2022) | Published: August 22, 2022
Photo by Justin Veenema on Unsplash

Dog shelters acted fast when the COVID-19 pandemic set in. Veterinary medicine programs recommended reducing the number of on-site staff, and many shelters leaned heavily on their foster systems to slow transmission. At just the right time, shelters were met with a wave of volunteers eager to foster a canine companion—maybe you were one of them! This prepared shelters to expand their foster programs and get more dogs adopted. Media outlets reported empty shelters across the United States. In just a few months, however, the foster rates returned to their pre-pandemic levels, and shelters brought dogs back into their facilities at the typical rate.

What can we learn from the unexpected swell of dog fosters and adoptions?

In this study, researchers used databases from 19 shelters across the U.S. to measure adoption rates in the first four months of the COVID-19 pandemic (March through June 2020). They interviewed each shelter to get a more complete sense of their constraints, their practices, and the dogs they served. With this information, researchers could see how shelters adapted their foster programs in response to the pandemic. Researchers also found which practices correlated with higher adoption rates. Below are some key findings.

First-time foster volunteers made a significant impact by adopting many of the dogs themselves. In fact, first-time caregivers without a dog at home adopted the foster dog in their care 77% of the time. This made first-time volunteers more likely to adopt than shelter staff or seasoned volunteers, many of whom already had dogs at home. However, less than a quarter of these first-time caregivers returned to foster again after their initial experience. These volunteers may have fostered as a “trial adoption” to ensure they could provide a good home for their potential companion. Trial adoption is effective, but it’s also expensive for the shelter. To make the most of these first-time caregivers, shelters may want to consider them as potential adopters rather than new volunteers in need of onboarding. This way, shelters can focus their training resources on foster caregivers who intend to volunteer more than once.

Shelters with faster adoption rates had two practices in common. First, they let adopters visit the dogs while they were still in the care of their foster caregiver. On average, shelters that allowed foster visits saw dogs adopted in roughly two-thirds of the time it took other shelters. Second, they also let adopters pick up the dog directly from foster caregivers. On average, shelters with foster pickups had their dogs adopted in three-quarters of the length of time when compared to other shelters. Thanks to the diverse shelters they interviewed, researchers could see that these practices were linked to improved adoption rates for both high- and low-resource shelters. However, it’s also worth noting that shelters with lower resources also tended to transfer dogs out of their facilities more frequently than higher-resource ones.

The authors share a few ideas about why these practices stood out. For one, shelter conditions are stressful. Research has found that moving dogs to foster care can lower their cortisol levels after just one night, but when dogs are returned to the shelter the next day, their cortisol levels may rise back to their starting points. Shelter dogs may have been less stressed during their time in foster care. This may explain why dogs in foster care were adopted more quickly in this study—they were happier versions of themselves when adopters came to visit and pick them up. Similarly, the authors note that many would-be adopters trust the input of foster carers more so than shelter staff. As such, giving adopters access to foster carers may be the catalyst they need to make their adoption decision.

The authors refrain from causal attributions since the study wasn’t conducted as a laboratory experiment. Nevertheless, by looking at this historical data, they identified the role of first-time volunteers and the practices shared among shelters with faster adoption rates. Shelters can save resources by onboarding first-time caregivers with training designed for “trial adopters” who are less likely to return. They might also shorten the length of stays by allowing potential adopters to visit dogs in foster care and arrange pickups directly from the caregiver’s home.

Author: Bret Homer
Bret Homer discovered his love for plant-based cooking in Tulsa, Oklahoma after stumbling into the city's underrated vegan scene. He's an organizational psychologist, now, and works from home in the Washington, D.C. area with his feline colleagues, Socks and Richard Parker. 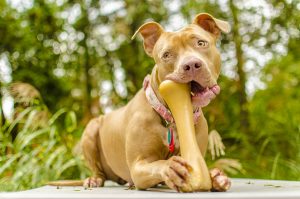 What Do People Want When They Adopt Dogs?

There is no single attribute that stands out for people who want to adopt dogs -- diversity is essential and animal shelters should take note. 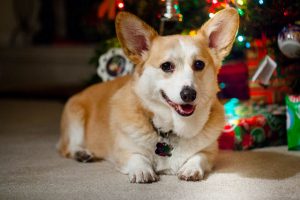