As the immigrant population in the United States grows, cultural practices involving animals are under greater scrutiny; this paper discusses the multicultural interpretations of these practices and the potential conflicts that may arise between cultural and animal advocates.
ABSTRACT ONLY Only an abstract of this article is available.
EXTERNAL STUDY This is a summary of an external study.
Summary By: Faunalytics | Published: December 1, 2009
Image by Pixabay user skeeze

As Latino and Asian immigrant populations in the United States continue to grow, controversies are cropping up over immigrant animal practices such as horse tripping in Mexican charreadas (rodeos) and the slaughter of animals in the live-animal markets of San Francisco’s Chinatown. Immigrant advocates read these controversies through a multiculturalist interpretive framework that constructs animal advocates as agents of an ethnocentric and racist majority.

In this article, I argue that this multiculturalist interpretation tends to “go imperial” by mischaracterizing the position(s) of animal advocates and invalidating and suppressing the other, potentially competitive, moral discourse at play: the discourse about cruelty toward animals. I explicate this suppressed discourse and then propose the development of a mutually challenging and potentially edifying moral dialogue in which majority and minority animal practices are simultaneously open to scrutiny and criticism. Clashes over customary practices can aggravate intergroup tensions, but they also have the potential to lead to meaningful moral dialogue between the majority and immigrant minorities. 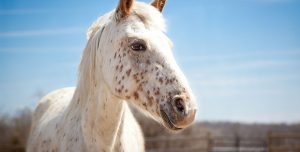 Housing The “Unwanted” Horses Of The U.S.A.

With about 200,000 horses unwanted each year in the U.S., finding homes for them is crucial and difficult. This review looks at potential solutions.

Henry Bergh is a pioneering hero in animal advocacy, the founder of ASPCA and the man who built the foundation of legal and cultural protection for animals.