Animal advocates are no strangers to burnout. In this blog, Krista Hiddema looks at burnout from an occupational perspective, and offers ideas for how organizations and individuals can mitigate it.
EXCLUSIVE Exclusive article or blog for Faunalytics.
Author: Krista Hiddema | Published: January 20, 2021
Photo by Sasha Freemind on Unsplash

Animal advocates are no strangers to burnout: whether working independently as volunteers or in a paid role at a large organization, or somewhere in between, the field of animal advocacy is a high pressure one, where the work feels like a never-ending emergency, and the stakes can feel like life or death. Many animal advocates know the feeling of burnout well, because we’re willing to sacrifice so much of ourselves to help animals. Sometimes, we’ll even sacrifice our own well-being to help them.

However, there seems to be a great deal of confusion about what burnout actually is – as someone who has worked in this field for several decades, and who has studied this phenomenon at the doctoral level within social justice movements, I felt that it would helpful to shed some light, with Faunalytics as my platform. In this blog post I’ll be looking at burnout from an occupational perspective, in part because a recent Faunalytics study found that our movement has significant issues with advocate retention. While the reasons for turnover are varied, burnout is a key factor.

What follows below is a discussion of burnout in general, and as it applies to animal advocacy in particular.

From the outset, to understand burnout in the clinical sense, we need to recognize that animal advocacy is work, and whether advocates are in paid positions or not, the experience of burnout is a phenomenon related to their work for animals.

Also from a clinical perspective, burnout is not simply an anecdotal term used to describe feeling tired or sad or otherwise unhappy at work.

Burnout is an occupational phenomenon with a formal definition that is used by both the World Health Organization, and also included in the 11th Revision of the International Classification of Diseases. It is defined as a syndrome conceptualized as resulting from chronic workplace stress that has not been successfully managed, and  is characterized by three dimensions:

Employees who are identified as having burnout frequently “show impaired job performance and may face serious health problems over the course of time” including anxiety, depression, headaches, and trouble sleeping. Research by Industrial Organizational Psychologist, Kathy Hanisch on behavioural families, a term she used to denote groups of co-workers, finds that burnout in these groups leads to absenteeism, tardiness to work, and other forms of job and work withdrawal such as missing meetings and taking long breaks during the prescribed workday. In the animal advocacy context, it’s clear to see why these effects can be a serious problem –  the effect of burnout on our ability to work for animals can be significant and far-reaching.

Psychologist Christina Maslach, one of the early adopters of the term burnout, began using the term in a 1976 study to describe individuals who worked in human health care and other care-based professions. While initially regarded as an informal description, burnout evolved into a formalized “psychological syndrome”. Maslach’s successive studies eventually led to the development of an assessment tool, called the Maslach Burnout Inventory (MBI), published in 1981. Subsequently, the tool and the accompanying assessment model were further refined, and were also customized to serve health services, medical personnel, educators, and students. In addition to the specific versions of the tool, one form of the MBI tool was crafted for more general use, the General Survey (“GS”), and of these five existing versions of the MBI, the GS is the model most applicable to the animal advocacy movement because it was designed for use with occupational groups other than human services and education.

The MBI-GS is comprised of three experiences, sixteen survey questions, and six domains, which we’ll explore in further depth below.

The MBI-GS is based upon a three-dimensional construct composed of emotional exhaustion, cynicism, and professional efficacy, also referred to as the three experiences, or three symptoms. Exhaustion in the MBI-GS is described as having general feelings of exhaustion as opposed to feelings of exhaustion which were associated with direct interactions working with other individuals (such as providing hands-on services to people as is found in healthcare and educational professions). The second possible symptom, cynicism, is related to a person’s lack of confidence in their abilities, which may be related to regularly performing work that is found to be repetitive, lacking in value, and done in an environment where little recognition is provided. The third, professional efficacy, refers to personal accomplishment, and measures how a person feels about how effective they are in their job.

The General Survey is based on rated answers to sixteen statements intended to measure an individual’s response to the three experiences: emotional exhaustion, cynicism, and professional efficacy as described above. The MBI scale is based on a rating of 0 to 6 where: 0 = Never, 1 = A few times a year or less, 2 = Once a month or less, 3 = A few times a month, 4 = Once a week, 5 = A few times a week, and 6 = Every day.

The sixteen statements in the MBI-GS:

Following a review of forty-one scholarly articles regarding burnout in the social justice sector, the two most directly relevant peer-reviewed works to animal advocacy are: Where the Boys Aren’t: The Predominance of Women in Animal Rights Activism, and, Nobody’s Paying Me to Cry: The Causes of Activist Burnout in United States Animal Rights Activist. Within these two studies, burnout was found to be attributable to in-fighting, sexism, a “boy’s club” mentality, martyrdom culture, and in one case, stalking and harassment. Racism was another factor contributing to animal advocate burnout, as was a lack of cooperation among animal rights organizations.

Of course, it’s worth mentioning that burnout is prevalent across the non-profit sector in general. One study, ‘Anger is Why We’re All Here’: Mobilizing and Managing Emotions in a Professional Activist Organization, focused on 50 employees of Amnesty International. The author related burnout to factors that will be familiar to animal advocates as well, such as: sacrifice, long hours, low pay, and emotional distress. The study concluded with a warning that “social movements that do not address some of the emotional components of paid activism” will experience problems. Another study which focused on burnout in political activism found that “the root cause of burnout lies in our need to believe that our lives are meaningful, that the things we do are useful, important, and even heroic.” Again, many animal advocates can likely relate to this sentiment.

Much less literature seems to exist regarding organizational burnout mitigation.That said,  one study by Paul Gorski, in his phenomenological research with activists fighting racism in the United States, found that chronic burnout was debilitating, and resulted in activists leaving the movement despite years of dedication. The study noted that the effect is self-reinforcing — “burnout begets burnout” — and that a failure to mitigate burnout could create “the most formidable barriers to sustaining social movements. One specific organizational mitigation recommendation, outside of the commonly discussed (and often vague) mitigation strategy of self-care, was the suggestion that mitigation is the responsibility of movement leaders, who should address the needs of the community, and focus on how martyr cultures can and should be addressed. Other organizational burnout mitigation strategies suggested in Self-Care and Self-Defense Manual for Feminist Activists include strengthening work teams, providing professional training, the creation of support networks, job rotation, clearly defining job roles and responsibilities, and implementing sexual harassment policies and protocols.

Burnout prevention and mitigation is the primary responsibility of organizations in our movement. It is incumbent on Boards of Directors, Executive Directors, and other leadership to understand burnout, to understand how the three experiences (exhaustion, cynicism, professional efficacy), and six domains (workload, control, reward, community, fairness, values), may be manifested within their organizations, and to work to ensure that their organizational cultures foster employee engagement, which lies at the other side of the “burnout-engagement continuum.”

Of course, not every advocate belongs to an organization, or has formal leadership to play this role. In that context, it’s important that individual advocates be aware of burnout as a phenomenon related to their labour for animals, and understand the signs of burnout in their relationship to their work. A previous blog from Faunalytics delves into burnout as an individual experience much more deeply, and serves as a good entry point.

It is imperative that we introduce effective ways to identify and mitigate burnout from the organizational level all the way down to an individual level. Our movement will be much better positioned to be stable and effective, and perhaps even regenerate itself through the renewal of its advocates. Many of us as animal advocates see ourselves in this fight for the long haul. Reach out your organizations and ask for what you need – it’s imperative that we do whatever we can to keep ourselves on a healthy path, and that can only happen if we stay grounded, and look after ourselves, and each other.

Author: Krista Hiddema
Krista Hiddema is an activist academic, public speaker, eco-feminist, and consultant, working to maximize the potential in all of us while maintaining a deep reverence for all life. She consults to animal protection organizations all over the world, major corporations, and the Canadian government, and regularly speaks on matters of farmed animal protection. 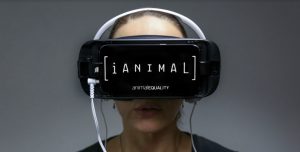 Lessons Learned From Our Study With Animal Equality

In this blog post, we reflect on four key lessons learned from conducting a large-scale field study with Animal Equality.