Functional Aspects Of Emotions In Fish

This article addresses the emotionality of fish, drawing upon literature from psychology, neurology and marine biology.
ABSTRACT ONLY Only an abstract of this article is available.
PEER REVIEWED This article has been peer reviewed.
Summary By: Faunalytics | This is a summary of an external study | Published: January 1, 2014
Photo by Flickr user bensonkua 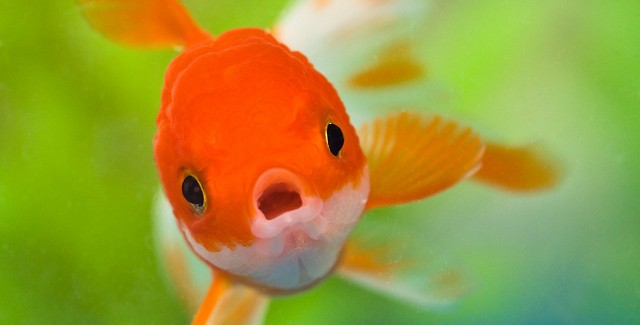 This article addresses the emotionality of fish, drawing upon literature from psychology, neurology and marine biology. The author discusses the definition, function, and measurement of emotion in animals and concludes that emotions in fish can be inferred, both by the similarity of their responses to those of other emotional animals, and by the functional and evolutionary advantages that emotions confer.

“There is an ongoing scientific discussion on whether fish have emotions, and if so how they experience them? The discussion has incorporated important areas such as brain anatomy and function, physiological and behavioural responses, and the cognitive abilities that fish possess. Little attention has however, been directed towards what functional aspects emotions ought to have in fish. If fish have emotions – why? The elucidation of this question and an assessment of the scientific evidences of emotions in fish in an evolutionary and functional framework would represent a valuable contribution in the discussion on whether fish are emotional creatures. Here parts of the vast amount of literature from both biology and psychology relating to the scientific field of emotions, animal emotion, and the functional aspects that emotions fulfil in the lives of humans and animals are reviewed. Subsequently, by viewing fish behaviour, physiology and cognitive abilities in the light of this functional framework it is possible to infer what functions emotions may serve in fish. This approach may contribute to the vital running discussion on the subject of emotions in fish. In fact, if it can be substantiated that emotions are likely to serve a function in fish similar to that of other higher vertebrate species, the notion that fish do have emotions will be strengthened.”