The Feedback Loop Of Oyster Production And Disease

One of the biggest problems facing oyster production are disease outbreaks, ironically caused by the importation of oysters used for further production.
ABSTRACT ONLY Only an abstract of this article is available.
PEER REVIEWED This article has been peer reviewed.
Summary By: Faunalytics | This is a summary of an external study | Published: April 4, 2017
Photo by Flickr user dotpolka 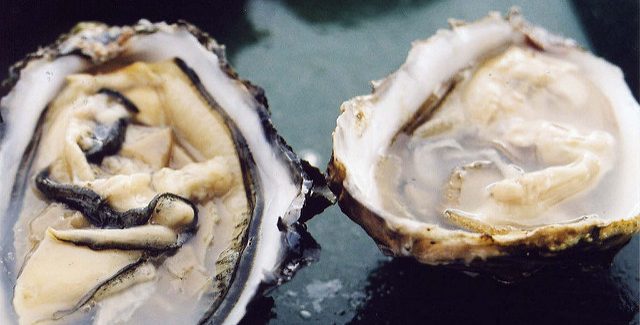 In 1966 and 1970, French oysters were hit by two successive disease outbreaks. To save the oyster farming industry, the government allowed farmers to import oysters of the Crassostrea gigas (C. gigas) species from the northwest Pacific (NW Pacific) area. While these operations were an economic success, they also led to the introduction of non-native species in European waters that may have negatively impacted oysters and other marine species. Since 2008, a new disease outbreak has caused significant declines in the oyster population and the French government is again considering the importation of oyster stocks.

In an effort to help farmers and government officials make decisions about oyster imports going forward, this article, published in Conservation Biology, investigated how imports of oysters from the NW Pacific to Europe in 1966 and 1970 impacted oyster stocks over time. The authors compiled data on introduced marine species in Europe that are native to the NW Pacific. They then assessed the likelihood that these species were introduced via shipments of oysters, as opposed to other methods, such as transport via boat hulls. The assessments were based on circumstances in which the non-native species were first introduced or observed, including their locations relative to oyster farming operations.

In total, the authors identified 48 species as very likely to have been introduced through the NW Pacific to Europe pathway by means of the oyster trade, including pathogenic species associated specifically with oysters, non-parasitic animal species, and algae. They found that the rate of discovery of introductions into Europe was steady from 1966 to 2010. Since reported imports of NW Pacific C. gigas oysters ceased after 1977, the rate of primary introductions associated with this pathway would be expected to have declined over time. The researchers suggest that their findings provide “forensic evidence that unreported imports and relaying of oysters from the NW Pacific into Europe occurred after 1977.” They also explain that oyster imports are part of a positive feedback loop, spurred by the intensification of cultivation methods, in which disease breaks out, mortalities increase, stocks are imported, pathogenic species are brought in, and the loop starts again.

In conclusion, the authors state that oyster translocations may be “successful as a remedy in the short and medium terms,” but in the long-term they “may bring new diseases that may trigger yet more imports (self-reinforcing or positive feedback loop) and lead to the introduction of more hitchhikers.” They note that translocating oysters can have negative impacts on other species, including mollusks, as well as the coastal environment, and recommend that European authorities work together to improve procedures and educate oyster farmers about risks posed by non-native species.

While animal advocates don’t support oyster farming, the paper is a useful case study showing how such farming systems can have long-term negative effects on native species in marine ecosystems. The study also shows how government authorities may possess limited knowledge about not just the impacts of such introductions but also when and how often they are actually occurring. 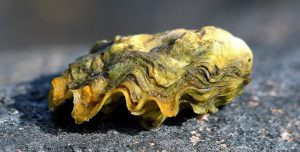 Study shows that it is "very likely" that oysters detect sounds at lower acoustic energy, and show a pain response, which may have ecological consequences. 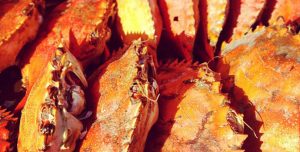 Cephalopods and Decapod Crustaceans: Their Capacity to Experience Pain and Suffering

Microplastics Ingested By All Sea Turtles

A study finds that microplastics are present in 100% of sea turtles, mainly in the form of ingested partially decomposed fibers.