Dog Aggression is Based on Experience, Not Breed

This study found that aggressive tendencies in dogs are likely to be due to their experiences and upbringing, rather than their breed.
ABSTRACT ONLY Only an abstract of this article is available.
PEER REVIEWED This article has been peer reviewed.
Summary By: karol orzechowski | This is a summary of an external study | Published: August 24, 2015
Photo by Flickr user hand-nor-glove 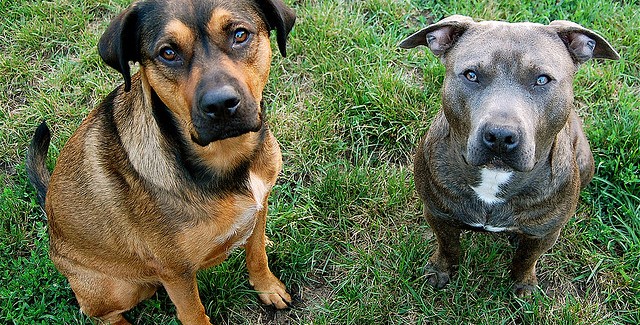 The relationships we have with our companion animals are often complicated and intricate, and there are countless reasons why these bonds might become strained. While many animal owners will work through various problems with their companion animals to make sure they can remain living together, some people do not feel the same way, and end up relinquishing their companion to a shelter due to all sorts of issues. One of the most common problems that results in dogs being relinquished to shelters (and often euthanized) is human-directed aggression. Dog bites and aggressive behavior can have physical, psychological, and financial consequences, but despite the costs, there has only been “limited systematic research” into the potential risk factors associated with dog aggression towards humans.

This study, published in Applied Animal Behaviour Science, examined when and why dogs show aggression towards people by looking at whether aggression is directed towards three different groups: members of the household; unfamiliar people entering a house; and unfamiliar people outside the house. The researchers distributed more than 14,000 questionnaires in the U.K., of which almost 4,000 were completed and returned.

The research found that, generally, dogs show more aggression towards unfamiliar people, with 7% of households that responded stating their dog showed aggression towards unfamiliar people entering the home. Whereas only 3% were said to show aggression towards family members. In a deeper analysis, the researchers found that between 47% and 73% of dogs who had shown aggression had problems that were “still currently occurring.” The lower figure reflects aggression directed at family members and the higher percentage is aggression directed towards unfamiliar people in the house. The authors note that this could mean that some cases might end up resolving themselves, or some dogs may be treated successfully, or it could be that respondents have come up with ways to avoid instances where their dogs may become aggressive. The study found a lower prevalence of aggression outside the home, but the researchers note that this may be because “people with biting dogs may avoid places where other people are likely to be, including some of the locations used to enroll participants in the study.” The owners may be avoiding the problem rather than addressing it. Still, it is noted that even if only 3% of dogs are aggressive to household members, this is the equivalent of 300,000 dogs, if the numbers are extrapolated.

One important detail highlighted by the researchers is that there were no specific breeds or breed types found to have an increased risk of human-directed aggression. Though the authors note that other studies have found certain breeds, such as Dachshunds, to have an increased risk of aggression towards strangers, this was not the case here. This research did find that some dog breeds may have a higher risk of causing injury from aggression, but it did not mean that they were any more likely to show aggression in the first place.

Throughout their discussion of the results, the authors of this study are very careful to give a multi-level analysis that does not overstate the meaning of the numbers. They found that, overall, aggression in different situations appears to “not broadly co-occur,” suggesting that dogs learn to exhibit aggression in specific situations. So, the idea that aggression is a breed characteristic, or even that it is an “overall” characteristic of a dog, may not be true. As with many other studies that Faunalytics has covered before, the research here indicates that problems with aggression are best addressed on an individual, case-by-case basis, as the statistics don’t show any particular type of dog to be a “problem breed.” For advocates, this is yet another reminder that an individualistic approach to supporting animals is more helpful, and is likely to result in fewer shelter relinquishments and more successful adoptions. 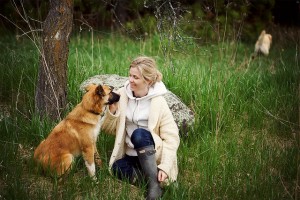 When assessing and dealing with dog bites, how do women perceive themselves, the dogs, and the situation? This article investigates. 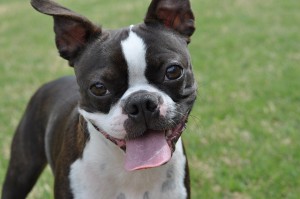 Reading The Emotions Of Our Companion Dogs

Knowing a companion dog for a long time may influence how we read their emotions - but not necessarily make our readings accurate.