For animal guardians experiencing poverty, feeding their non-human family members often becomes challenging. This article explores companion animal food insecurity and how guardians cope.
FULL TEXT The full text of this article is available.
PEER REVIEWED This article has been peer reviewed.
EXTERNAL STUDY This is a summary of an external study.
Summary By: Casey Bond | Original Study By: Arluke, A. (2021) | Published: April 26, 2022
Photo by Chewy on Unsplash

An estimated 29 million cats and dogs in the U.S. live with families in poverty or at risk of poverty. However, there is a noticeable lack of research exploring how socioeconomic status impacts companion animal guardianship. Research on human food insecurity has found that people who cannot afford to feed themselves often turn to food pantries and government assistance programs like the Supplemental Nutrition Assistance Program (SNAP), although SNAP benefits exclude food for companion animals. People facing food insecurity also apply coping strategies, like shopping in bulk, splitting transportation costs with other families, and reducing their own food intake to feed their children. However, it’s unclear whether animal guardians face similar burdens when it comes to feeding their animals.

To explore the issue of companion animal food insecurity, a researcher recently interviewed 40 low-income guardians visiting animal food pantries in North Carolina, Washington, D.C., and Massachusetts. Participants were asked to discuss their experiences with purchasing animal food, the factors that contribute to their food insecurity, and the strategies they use to feed their animals when resources become scarce. Around 90% of the interviewees had incomes at or near the poverty level. Furthermore, 73% were unemployed, retired, or unable to work due to a disability. In addition to the interviews, the author observed interactions and spoke casually with staff at an animal food pantry in Charlotte, North Carolina.

Unfortunately, animal food insecurity existed among most participants, and 38% had actually run out of food for their animals in the past. Even when food didn’t run out, 55% of guardians often worried about having no food to feed their animals, while 30% worried sometimes. Although money and affordability was a key factor driving food insecurity, it wasn’t the only issue. Many guardians lived in what the author called “pet food deserts,” where access to grocery stores and pet shops is limited at best. Other issues driving food insecurity included a lack of transportation, a fear of having to move because of eviction or unemployment, having to choose between feeding human and non-human family members, and other life problems such as car problems, illnesses, losing a job, house fires, and prison sentences.

Much like people who face human food insecurity, animal guardians employed a number of coping strategies to make sure their animals were well-fed. These included the following:

This research suggests that the experience of companion animal food insecurity resembles human food insecurity. Both types of insecurity cause stress and anxiety, and people facing them employ coping mechanisms to avoid going hungry. Most guardians shared that they wanted to do right by their animal, and most refused to surrender their animal to a shelter out of fear that they would be euthanized for their age, size, behavior, or breed. However, despite the extensive steps these people took to avoid food insecurity, they often struggled to provide a complete and well-balanced diet — for both their human and non-human family members.

There are several avenues animal advocates can take to support low-income animal guardians. First, they can push for government food assistance programs to include companion animal food benefits. Despite a 100,000-name signature calling for such assistance in 2018, the U.S. government has yet to recognize companion animal food as a necessity. Advocates can also call for increased animal food pantries and more animal food to be provided at human food pantries. Finally, as providing food is difficult enough, there is a dire need for other animal support services in low-income communities, such as affordable veterinary care.

In this blog and Faunalytics Factsheet, Nick Greenaway outlines the current state of greyhound racing globally, and why it's an industry that we can and should fight to end. 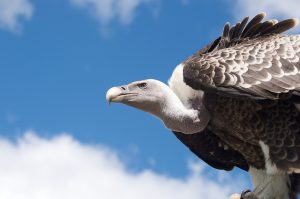 Attitudes Towards Animals Over The Past Three Decades

A longitudinal survey of people from the U.S. shows a steadily growing concern for animals, especially bats, sharks, vultures, wolves, and coyotes.