Battering, Bullying, and Beyond: The Role of Gender, Power, and Control in the Link between Animal Abuse and Human Violence

The abuse of animals by males to exert power and control over their victims – both humans and animals – is a constant theme in research.
EXCLUSIVE Exclusive article or blog for Faunalytics.
Author: Faunalytics | Published: May 22, 2012
Photo by Flickr user rickyromero 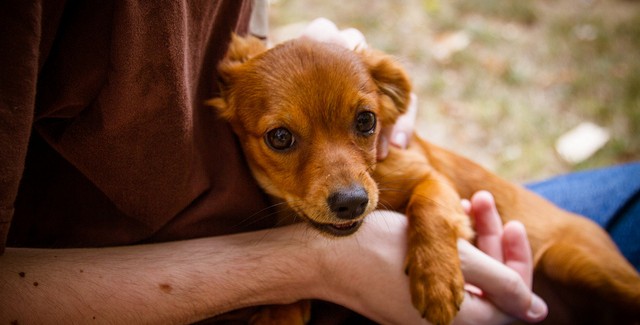 Over a decade ago, when I first began looking at animal abuse and its relationship to family violence – in particular, woman-battering – the role of gender, power, and control soon became apparent. As I broadened my focus to include other forms of violence toward humans, this constellation of variables again emerged. Whether it is serial killers or other violent criminals who harmed animals as children or adolescents, bullies or those who have been bullied who also were cruel to animals, or batterers who threatened or hurt family pets, the abuse of animals by males to exert power and control over their victims – both humans and animals – was a constant theme.

Studies on pet abuse and woman-battering have consistently demonstrated the central role of gender, power, and control in male violence toward both women and animals.1-4, 6-10, 14, 15 When a batterer also harms the family pet, it exposes the blatant intentionality of his efforts to control his partner. No longer can he claim that he “just lost control.”

There is evidence that batterers who also abuse pets may be more dangerous and use more controlling behaviors than men who do not. Researchers have found that batterers who had committed pet abuse had higher rates of sexual violence, marital rape, emotional violence, and stalking than nonabusing batterers. In addition, pet abusing batterers used more controlling behaviors – e.g., male privilege, isolation, blaming, intimidation, threats, economic abuse. And for men who had killed a pet, this difference was even greater.15 Another study revealed that batterers may even coerce women to commit crimes such as bank robbery, credit card theft or fraud, stock fraud, bank fraud, and/or drug trafficking by threatening their companion animals.14

Often socially isolated by their batterers, battered women are likely to have limited opportunities for meaningful human interaction. Similarly, their low self-esteem may also prevent them from maintaining strong relationships with others. So their relationship with their companion animals may be particularly important and valued. One recent study found that companion animals actually helped reduce the likelihood of suicidal thinking and behavior among abused women.8

Yet it is precisely because the women view their pets as persons – as individuals, as valued relationship partners, as family members – that the abuse of the animal is so terrifying and so effective. And batterers, perhaps as well as anyone, understand the power of this relationship, and unfortunately are able to use it to create a climate of terror in the home. As Carol Adams stated, “The degree to which she or the children have an intense respectful relationship with an animal is the extent to which he can harm her by harming the animal.”2

Evidence from recent studies on the relationship between animal abuse and bullying from Italy and the U.S. also illustrates the central role of gender, power and control in this dynamic. Research findings suggest that youth involved in bullying—both as perpetrators and victims—are more likely to abuse animals. Not surprisingly, this relationship appears to be particularly true for males. One study of over 500 Italian youths ages 9–12 looked at a host variables that might predict animal abuse – exposure to parental violence, experiencing physical and/or verbal child abuse, witnessing animal abuse and experience with bullying (direct or indirect at school), either as victim or perpetrator. For boys, the best predictor of animal abuse was being bullied at school, followed by their own indirect bullying of others. Interestingly, none of the measures of exposure to various forms of family violence was significant.5

Another study examined the relationship between bullying and animal abuse among male undergraduates in the U.S. In particular, those who had committed multiple acts of animal abuse were compared with those who were one-time abusers and nonabusers. Male students who had been involved in multiple episodes of animal cruelty were significantly more likely to have both been a bully and to have been bullied (both physically and verbally) than either one-time abusers or those who had never abused animals. And not surprisingly, male students who were serious bullies and victims of bullying held the most acceptable attitudes toward animal cruelty.11

How do we explain the association between being bullied and harming animals? As the authors of the U.S. study noted, “Children who are victimized may feel the need to exert power over other weaker individuals in an effort to protect themselves from the fear and shame resulting from their own perceived weakness.”

Do childhood animal abusers “graduate” to commit violence against people as adults? Researchers are increasingly looking for more nuanced explanations for the hypothesized relationship between childhood animal cruelty and the progression to subsequent violence as an adult, as most children who abuse animals do not go on to live violent criminal lives.

Thus more focused efforts at examining the link have looked at such variables as the method of cruelty and the type of animal harmed. One such study explored whether the method of childhood animal abuse was related to repeated acts of adult interpersonal violence among 261 incarcerated inmates convicted of violent crimes (murder/attempted murder, rape/attempted rape, and aggravated assault). The researchers examined the relationship between six methods of animal cruelty—drowning, hitting or kicking, shooting, choking, burning, and having sex with an animal—and the number of times inmates had been convicted of violent crimes. Inmates who had drowned animals or who had sex with animals as children or teens were more likely to have committed repeated acts of interpersonal violence.12 What’s the common connection between drowning and having sex with an animal and committing murder, rape and aggravated assault? They all involve controlling and overpowering another being.

Jack Levin and Arnold Arluke13 examined the most extreme cases of the link—serial killers. In their view, the simplistic notion that many serial killers abused animals as children is insufficient; many did not, and many other individuals who did inflict cruelty on animals as children never became serial murderers. Levin and Arluke argue that the common denominator for serial killers who abused animals is the desire to inflict pain and suffering for pleasure. Thus, for these individuals, the violence in both cases—animals and humans—is about the sadistic exercise of power and control over others. Consequently, it is not just harming animals but torturing them; it is not just inflicting suffering, but doing so literally in a hands-on manner; and it is not just victimizing any animal, but those, like cats and dogs, who are the most anthropomorphized in our culture. In these cases, they argue, often the methods of violence employed are similar for both human and animal victims. These findings fit nicely with those from studies of violent prisoners, as well as those concerning bullying and woman-battering, reinforcing the important role of gender, power and control in these violent acts.

Taken together, these findings suggest that gender, power and control are central to understanding the relationship between animal abuse and violence toward humans. Males who abuse animals and bully other children, batter women, or engage in serious violence against other humans as adults, appear to be rewarded by the power they have over other beings. And those who have been bullied may want to transform the powerlessness they feel as victims by victimizing others—both human and animal.

Clif Flynn is Professor of Sociology and Chair of the Department of Sociology, Criminal Justice, and Women’s Studies at the University of South Carolina Upstate where he has taught since 1988. He is the past Chair of the Section on Animals and Society of the American Sociological Association. In 2008, he was selected as a fellow of the Oxford Centre for Animal Ethics.
Dr. Flynn is also a fellow of the Institute for Human-Animal Connection at the University of Denver’s Graduate School of Social Work. Dr Flynn serves on the editorial boards of both Society & Animals and the Journal of Animal Ethics, and served from 2005 to 2010 on the editorial board of Anthrozoos. In addition, he is on the editorial boards of the Palgrave Macmillan Animal Ethics Book Series and the Brill Human-Animal Studies Book Series. In 2001, his Animals and Society course was chosen as the ‘Best New Animals and Society Course’ by the Humane Society of the United States, and was featured on “The Osgood File” on CBS radio. Dr. Flynn has written numerous articles and chapters on animal abuse and its relationship to family violence. He is also the editor of one of the first anthologies in human-animal studies, Social Creatures: A Human and Animal Studies Reader (Lantern Books, 2008).

Dr. Flynn’s most recent book is Understanding Animal Abuse: A Sociological Analysis (Lantern Books, 2012), in which he examines the social and cultural factors related to animal abuse and its connection to human violence and proposes recommendations for policy, professionals, and future research.