Attitudinal And Normative Influences On Support For Hunting

When hunting is presented as a wildlife management tool, the support for it increases. This is true, especially for moderates and those not invested into the issue of hunting.
FULL TEXT The full text of this article is available.
EXTERNAL STUDY This is a summary of an external study.
Summary By: Faunalytics | Published: December 2, 2008
Image by Pixabay user PublicDomainImages

Hunting as a wildlife management tool has come under increasing attack by antihunting organizations, resulting in increased concern by fish and wildlife agencies across North America, many of whom fear that the scientific management of wildlife is in danger due to the influence of an uninformed public. This study of Manitoba (Canada) residents indicated support for hunting as wildlife management, for habitat preservation, and to maintain healthy animal populations. [Excerpted from published abstract].

The Theory of Reasoned Action (Ajzen & Fishbein, 1980) provided the framework for this research and was used to identify beliefs about wildlife management that influence people’s intentions to support hunting in an effort to guide communication activities of the provincial department responsible for wildlife. 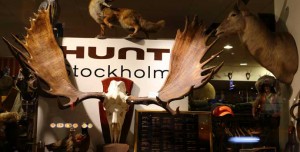 There is probably nothing about trophy hunting (let alone hunting in general) that would be seen as ethically justifiable for animal advocates. However, in Ethiopia and other parts of Africa, conservationists are increasingly finding themselves considering the idea of permitting a certain amount of trophy hunting in order to boost overall support for conservation efforts. This study sets aside the obvious ethical issues with such hunting, and examines how the trade-off between trophy hunting and conservation might function. 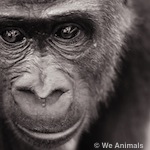 Factors Determining the Choice of Hunting and Trading Bushmeat in the Kilombero Valley, Tanzania

A study published in Conservation Biology, in which the authors spoke with 325 actors involved directly in the bushmeat trade in Tanzania, offers interesting insight into possible factors that might contribute to a reduction in bushmeat hunting, trade, and consumption. Researchers found that options such as alternative employment in jobs with comparable daily salary, or giving hunters animals for farming purposes, were potentially more effective than heavy fines or increased enforcement. 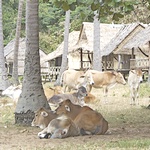