Assessment Of The Severity Of Scientific Procedures On Mice

New "open-field" research with mice challenge current classification guidelines and could encourage research on the severity of single procedures.
ABSTRACT ONLY Only an abstract of this article is available.
PEER REVIEWED This article has been peer reviewed.
Summary By: Faunalytics | This is a summary of an external study | Published: December 1, 2017
Photo by Flickr user rick-in-rio

Each year, an estimated 115-127 million animals are used in scientific research activities around the world. While many countries have guidelines that classify scientific procedures involving animals into categories of severity according to how they impact an animal’s welfare, these categorizations are often based on subjective evaluations instead of objective and reproducible assessments.

This paper, published in Behavioral Brain Research, sought to systematically investigate how one such procedure, the open-field (OF) test, impacts the welfare of mice when performed both once and repeatedly. The OF test is commonly used to evaluate anxiety in mice for the purpose of testing anxiety-reducing medications. It involves placing a mouse in a large, brightly illuminated box and measuring various behavioral indicators of stress. According to experimental regulation guidelines in the EU, where the authors are based, a single use of OF testing is considered “below the threshold for regulation,” while repeated use is considered “mild.”

The authors measured 13 welfare indicators during different phases of the experiment. These included fecal concentrations of corticosterone metabolite, a stress hormone, in pre-and treatment phases; body weights of mice in pre- and post-treatment phrases; the prevalence of anxiety and exploratory behaviors as indicated in a separate test administered post-treatment; and the prevalence of both normal and stereotypical behaviors (e.g. being active or inactive, circling, and climbing) engaged in by mice in their home cages pre- and post-treatment.

Results indicated that there was no effect of the OF test, performed once or repeatedly, on any of the 13 welfare indicators, as measurements did not differ significantly between groups. Specifically, multiple or single uses of the OF test did not appear to cause increased levels of a stress hormone, a drop in body weight, or an increase in anxiety-like or stereotypical behaviors.

The authors conclude that, as these welfare measures are regularly used to indicate even minor levels of stress, “taken together, testing C57BL/6J mice in an OF either once or repeatedly may be regarded as a humane behavioral procedure.” They suggest that perhaps the repeated use of OF be re-classified from “mild” to “below the threshold for regulation” in EU regulations. However, they also note that before such measures can be taken, their experiment should be repeated to confirm findings on other strains of mice and animal species. Finally, they state that they hope their findings might “stimulate systematic research on the severity of single procedures involving living animals,” both to assist with proper classifications and enable refinements to procedures that “reduce the degree of pain, suffering, distress or lasting harm in an experiment.”

While many advocates will take issue with the act of experimenting on animals at all, the paper offers some useful information for advocacy efforts. Most significantly, it highlights the need for more systematic research on various experimental procedures that are performed on animals. Using a relatively simple experiment, the authors were able to show that a procedure that has been assumed to cause stress due to repeated application likely does not induce any more stress in mice than what they already experience in an experimental setting. It would follow that other procedures may also be improperly classified, including some that are assumed to cause less stress or physical pain than they actually do. 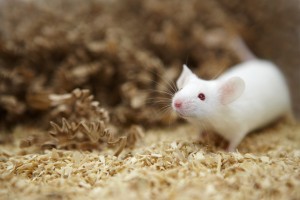 Animal deaths during experiments have influenced the accuracy and validity of data in cancer and stroke research.

This study looked into epilepsy research conducted on rats and mice and makes a broad range of recommendations that would improve the animals' welfare.