According to data from the U.S. Wildlife Services, the department had killed nearly 4 million animals in 2011, with birds being the most common killed.
FULL TEXT The full text of this article is available.
Summary By: Faunalytics | This is a summary of an external study | Published: January 24, 2013
Image by Unsplash user Kyle Glenn

This list provides data from the U.S. Wildlife Services (a program of the U.S. Department of Agriculture) regarding the number of animals killed by the agency in 2011. The data is provided by species and state; in total, Wildlife Services killed nearly 4 million animals in 2011. 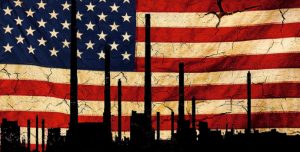 Political alignment - as well as education level - may predict position on environmental issues, due to "partisan sorting."