Social media algorithms can often boost animal cruelty content, meaning that platforms are — regardless of their intentions —  promoting it, and generating revenue for its creators.
FULL TEXT The full text of this article is available.
EXTERNAL STUDY This is a summary of an external study.
Summary By: Beth Snyder | Original Study By: Social Media Animal Cruelty Coalition. (2021) | Published: January 10, 2022
Photo by Prateek Katyal on Unsplash

Every major social media platform hosts and profits from animal abuse content — even when that profit and hosting is unintentional. It is not always easy to spot, but if you know what to look for it is shockingly abundant. Some content is blatantly violent and cruel, but even content that seems cute, harmless, or heartwarming can, in reality, be abusive. Member organizations of the Asia for Animals coalition network have come together to form the Social Media Animal Cruelty Coalition, and have created the SMACC Report, which provides insight that can help advocates stem the tide of online animal cruelty.

If you do not belong to one of the many online cruelty content-sharing groups, you may not have been exposed to videos of clear and intentional animal cruelty. Its creators sometimes hop from platform to platform or use code-words as dog whistles to signal their target audience without tipping off authorities or flagging their content for removal. Nevertheless, there is a lot of this content out there, and some of the most-viewed channels are generating a great deal of money both for the creators and the platforms themselves. Over 13 months, investigators identified over 5,000 animal abuse videos on Youtube, Facebook, and TikTok, with some garnering as many as five billion views. It is estimated that the amount of cruelty content on Youtube alone has generated around $15 million for creators and $12 million for Youtube.

Even if you have managed to avoid the most egregious animal abuse videos, you’ve almost certainly seen videos of staged animal rescues or exotic animals kept as companions in inadequate conditions. These sorts of videos are especially pernicious, as those liking and sharing them are usually unaware that what they are seeing is actually animal abuse. It is hard to recognize the rescues as staged unless you dig into the channel and find the same animals featuring in multiple videos, or recognize that the predators the animals are being “rescued” from are exhibiting domesticated behaviors. You may not realize that the cute costumed monkeys suffer harm from being removed as infants from their natural habitat, and then forced to enact unnatural behaviors.

With or without intending it, our clicks, comments, and shares contribute to animal abuse. Animals featured in the content are frightened, sickened, injured, traumatized, and even killed, and they are not the only ones who suffer. The revenue generated by views and shares incentivizes creators and copycats to create even more cruelty content, harming additional animals. Comments, even critical or condemning ones, increase the algorithmic visibility of the content. It is also possible that exposure to animal abuse content may normalize violence toward animals in the minds of viewers and make them more accepting of real-world animal abuse. Comments like “I want one” show that these videos may also motivate viewers to acquire inappropriate animals as companions, leading to even more animal suffering.

The report notes that, when volunteers reported animal abuse videos through the platforms’ reporting features, platforms frequently failed to remove the content. Perhaps this is unsurprising, given the amount of revenue this content generates for the platforms and the difficulty of policing it. Still, it may not be in platforms’ best interest to continue to let it run rampant. Hosting criminally abusive content could land platforms in hot water in certain jurisdictions, and being known as lax on animal abuse could damage their reputations and their ability to compete with others. Furthermore, if advertisers were aware of the type of content their ads were running on, the platforms could lose their business and ad revenue.

The SMACC report has clear recommendations on how to improve platforms’ policing of animal abuse content. The coalition recommends that platforms:

As animal advocates, we can help by:

Cruel content, with its cascade of animal suffering, should be absolutely unacceptable to social media platforms.  They have the means to do better at scrubbing it, and it’s time for them to take responsibility and stop making excuses for profiting from violence. As animal advocates, we can use our influence to push platforms in the right direction, through pressure campaigns and other creative forms of advocacy.

Author: Beth Snyder
Beth Snyder has a BA in Economics and worked as a data analyst before taking a hiatus to focus on parenting her bio and foster kids. She is passionate about effective altruism and loves to garden, play violin, and hunt for fossils. She currently lives in Houston, Texas with her husband and daughter. 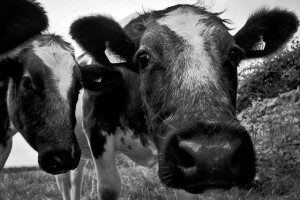