Fishermen and hunters say that is important for a political candidate to share their views on hunting and fishing issues but other issues such as economy are still more important.
FULL TEXT The full text of this article is available.
EXTERNAL STUDY This is a summary of an external study.
Summary By: Faunalytics | Published: September 2, 2008
Image by Flickr user Luyen Chou

A large majority (83%) of “sportsmen” (hunters and anglers) say they will vote in the November 2008 U.S. presidential election, according to the lobbyist group, the Congressional Sportsmen’s Foundation. Nearly half of hunters and anglers (45%) are likely to vote for John McCain and 31% are likely to vote for Barack Obama. By a 2 to 1 margin, sportsmen said that McCain would be a better president on related issues than Obama.

Among sportsmen, Republican John McCain holds a significant lead over his opponent Barack Obama, with a 14-point margin according to the survey. Politically engaged sportsman see John McCain as a supporter of their concern. A majority said that it is important for a candidate to share their views on hunting and fishing issues, although the economy, homeland security, and the war in Iraq are top concerns for all Americans. 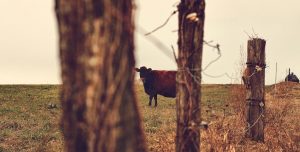 The most recent Faunalytics Animal Tracker survey continues to show strong support for humane education and many other animal advocacy tactics.