Wolves Are Better Than Dogs At Imitating Each Other

In observational experiments, wolves appear to be better at imitating the behaviors of their own species when compared to dogs.
FULL TEXT The full text of this article is available.
PEER REVIEWED This article has been peer reviewed.
ANIMAL RESEARCH This article involves research on captive animals, which Faunalytics opposes.
Summary By: Jen Wyglinski | This is a summary of an external study | Published: May 3, 2016
Photo by Flickr user blacktigersdream 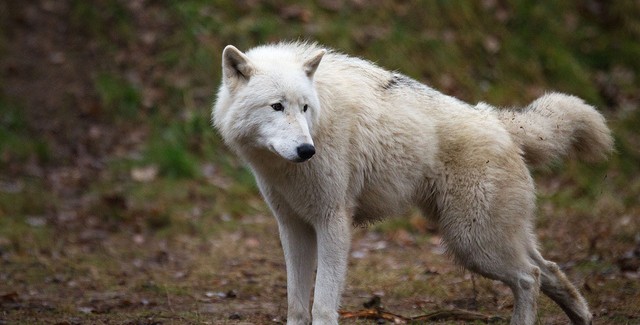 This paper, published in PLOS ONE, is one of the first studies to investigate differences in imitating behavior between dogs and wolves. The researchers, from the University of Veterinary Medicine in Vienna, sought to investigate how well wolves and dogs learn from and imitate their peers. They tested 16 six month old wolves and 15 six month old, mixed breed dogs (subjects), all of whom had been hand-raised by humans.

Each subject observed multiple demonstrations in which a trained dog pushed a lever using either his snout or paw to open a box with a treat inside. The subjects were then allowed to approach the box on their own for up to six trials. In the end, all of the wolves opened the box at least once, while only four of the dogs successfully opened the box. In addition, the wolves were more likely than the dogs to use the same method to open the box (snout or paw) that the trained dog had used.

In order to rule out the possibility that differences in performance could be the result of wolves possessing better physical insight than dogs, the researchers conducted a controlled experiment in which five wolves were allowed to approach the box without having seen a trained dog open it. Only one of the wolves in the control group successfully opened the box. In addition, in order to account for potential developmental differences, the researchers retested the dogs at nine months of age, and once again only four dogs were able to open the box.

The authors propose that wolves are better able than dogs to imitate their peers because they are more dependent on each other and, therefore, are more motivated to pay attention to each other. Interestingly, the authors also believe that the close cooperation between wolves may be the origin of the domestic dog’s willingness to cooperate and socialize closely with humans. It should also be noted that this paper is the first study to “demonstrate that wolves, a non-primate species characterized by cooperative breeding, is capable of imitation.”