This survey examined farmers’ attitudes towards wildlife access to crops and found little change from 1990.
FULL TEXT The full text of this article is available.
Summary By: Faunalytics | This is a summary of an external study | Published: May 5, 2009
Image by Pixabay user skeeze

The attitudes of farmers regarding wildlife access to crops has changed little from 1990 to 2000, according to the Iowa Farm and Rural Life Poll. In 2000, an estimated eight in ten farmers felt that it is important for wildlife to have access to their farmland, and about two-thirds felt that the animals have as much right to the land as farmers.

Although farmers agreed that wildlife has a right to access their farmland, most also believe the government should pay them to save habitat for wildlife.

From 1990 to 2000, there was a 12% decline in those who believe that the illegal killing of wildlife should result in stiff penalties, possibly due to the perception of wildlife overpopulation issues.

Tigers In America: A Review

A 2014 survey of U.S. adults finds a great deal of people are misinformed about the state of captive tigers in the U.S., including their approximate population in captivity and in the wild. 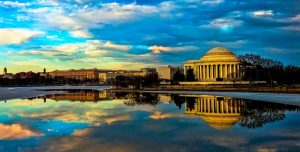 States with an agricultural economic base and traditional political culture are less likely to protect animals or be swayed by animal interest groups.