Trends In Amphibian Occupancy In The United States

A study finds amphibians are in a worse state than previously thought, with an annual occupancy decline of 2.7% in the last nine years from 2002 to 2011.
ABSTRACT ONLY Only an abstract of this article is available.
EXTERNAL STUDY This is a summary of an external study.
Summary By: Faunalytics | Published: June 6, 2013
Image by Flickr user Dave Huth

While many assessments of amphibian species have examined their risk of extinction, this study analyzed the rate of change in the probability of amphibian occupancy in their habitats across the U.S. The study found an overall annual occupancy decline of 3.7% between 2002 to 2011. The authors warn that these findings indicate that the decrease in amphibian populations may be far more extensive than previously thought.

“Though a third of amphibian species worldwide are thought to be imperiled, existing assessments simply categorize extinction risk, providing little information on the rate of population losses. We conducted the first analysis of the rate of change in the probability that amphibians occupy ponds and other comparable habitat features across the United States. We found that overall occupancy by amphibians declined 3.7% annually from 2002 to 2011. Species that are Red-listed by the International Union for Conservation of Nature (IUCN) declined an average of 11.6% annually. All subsets of data examined had a declining trend including species in the IUCN Least Concern category. This analysis suggests that amphibian declines may be more widespread and severe than previously realized.” 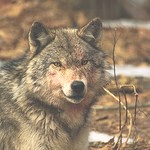