A new approach can help to identify realistic corridors for focused control of introduced species, including feral cats, in ecologically sensitive areas.
ABSTRACT ONLY Only an abstract of this article is available.
PEER REVIEWED This article has been peer reviewed.
Summary By: Faunalytics | This is a summary of an external study | Published: May 18, 2017
Photo by Flickr user nwartist 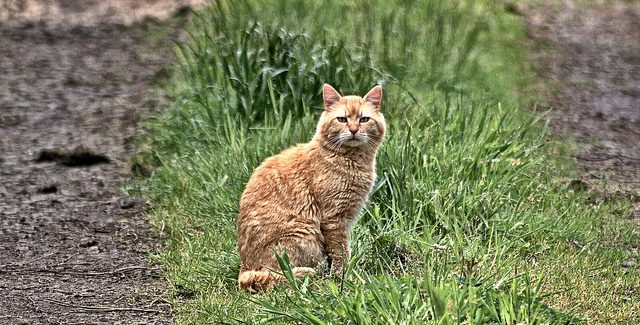 There are few companion animal issues that are as contentious and divisive as that of feral cats and their impact on wildlife. One only has to look as far as the Faunalytics library and a cursory search for feral cats to reveal the depth and breadth of the research on the topic (and the controversy inherent therein). Generally speaking, most can agree that feral cats – and outdoor dwelling cats in general – do have an impact on wildlife, but quantifying it is difficult, and managing the damage is even more contentious depending on the context. In New Zealand, there have been “dramatic consequences” to the introduction of “exotic” animals such as ferrets, weasels, and feral cats into the wild. However, rather than a scorched earth approach to dealing with invasive species, a new study looks at the ways in which certain ecological areas could benefit from “the identification of putative corridors used by predators in neighboring source populations.” Through this type of corridor identification, control measures could be focused and limited, and help to “limit reinvasion of the core area.”

Using a multiscale approach, the researchers used trapping data and telemetry data from tracked cats to generate spatial distribution models at a regional scale, and then understand movements at fine scales. They applied this approach to an area of the South Island of New Zealand, considered of “high ecological and landscape importance” and is also considered a UNESCO World Heritage Site. Based on their analysis, they found that from an ecological and behavioral perspective, the spatial distribution and movements of feral cats – when they live independent or removed from humans and human food resources – “are driven mainly by the distribution of its primary prey.” That being said, there can also be landscape obstacles that can limit cat movements and expansion. Based on this, the authors conclude that the movements of feral cats are guided by “an optimization between energy gain through maximum presence of prey, and minimizing movement costs.”

How does this analysis and study help conservation advocates and cat advocates? The authors conclude logically that identifying corridors that facilitate the ability of cats to move across a landscape can mean that conservation can be done smarter: advocates “can focus actions to reduce rates of invasion or re-invasion into areas of ecological importance.” For cat advocates, the challenge will be to work with conservation advocates in such contexts to ensure that the control measures that are undertaken are less lethal or non-lethal wherever possible.

We can link the effective control of feral cats to their prey resources, especially where there is little human contact. Predator-prey relationships vary by geography, so the knowledge of frontline of wildlife managers is critical. 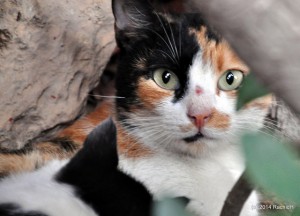