Proper Names and the Social Construction of Biography: The Negative Case of Laboratory Animals

In this piece, Mary T. Phillips explores the importance of providing names and a narrative for animals used in research, as a way of forming ethical relationships. Because lab animals are so often only identified by a number, or another identifier which are not "names" per se, they demonstrate a "negative case" enabling lab workers to distance themselves from the animals' situation. Phillips deconstructs the category of "laboratory animal," and provides some comparisons to our treatment of companion animals that could be useful for research animal advocates.
ABSTRACT ONLY Only an abstract of this article is available.
PEER REVIEWED This article has been peer reviewed.
Summary By: karol orzechowski | This is a summary of an external study | Published: February 27, 2015
Image by Flickr user wildlifewanderer, under Creative Commons License 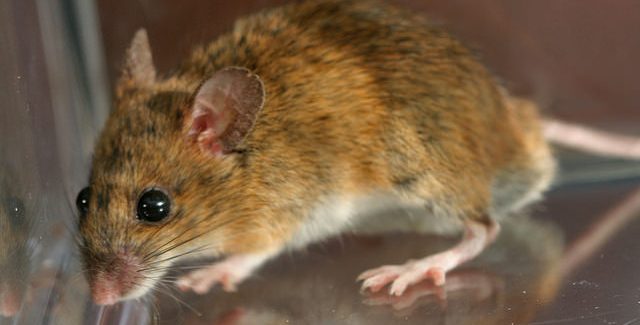 In this piece, Mary T. Phillips explores the importance of providing names and a narrative for animals used in research, as a way of forming ethical relationships. Because lab animals are so often only identified by a number, or another identifier which are not “names” per se, they demonstrate a “negative case” enabling lab workers to distance themselves from the animals’ situation. Phillips deconstructs the category of “laboratory animal,” and provides some comparisons to our treatment of companion animals that could be useful for research animal advocates.

What is in a name? According to Mary T. Phillips, the issue was not immediately apparent in her study of laboratory animals, but became central as she explored further: “I did not set out to study naming practices, but it soon became apparent that naming – along with pronoun choice, the metaphor of sacrifice, and a few other features of laboratory talk – could provide the key to the puzzle of the meaning of lab animals.” Her essential thesis is deceptively simple: “in using proper names, we socially construct individuals and create a narrative account of the meaning of their lives. […] In giving an animal a name and using that name to talk to and about the creature, we interactively construct a narrative about an individual with unique characteristics, situated in a particular historical setting, and we endow that narrative with a coherent meaning.” The implication is not that animals who are not given proper names are meaningless, but rather that animals who are given names are provided an elevated status, and therefore afforded a different ethical position than those who are not.

In Phillips’ research, she found a sharp contrast between what researchers said they did, and how they actually acted. “In all but two of the 23 laboratories, no proper names were used to refer to the animals, either formally or informally,” she says. “By themselves, the interviews [with researchers] suggested that laboratory animals are fairly often named. However, this contrasted sharply with what I observed while researchers were going about their routine laboratory work. But for the two exceptions previously noted, no names were ever actually used in my presence.” Later, Phillips states that even in those two exceptional cases, the application of names was inconsistent and haphazard. However, rather than simply dismissing the lack of naming as a product of callousness, Phillips notes that there are sometimes “practical” reasons why animals are not named, such as when they are used in high numbers or due to the lack of time laboratory researchers spend with them. Likewise, she notes that the failure to name also makes sense, given the amount of emotional distancing that laboratory workers must do to accomplish their work.

Phillips’ conclusions are cogent and, in many ways, poignant. “It seems to me that one of the deepest sources of conflict between animal protectionists and animal researchers is that they have such different conceptions of the meaning of these creatures,” she says. “Most of us live in urban areas where we have little direct contact with live animals except as pets, whom we cannot but endow with narrative meaning.” She notes that when we try to transfer this model to the laboratory, “the pain and suffering and deaths of so many animals can be seen as nothing other than tragic.” However, in so many ways, it is simply not possible to transfer the model over. “For most of the scientists I talked to, there was no question of tragedy. Tragedy belongs to the realm of narrative,” she says. This is a powerful reminder for animal advocates that when it comes to animals used in research, there may be great work to be done in reclaiming the narratives of lab animals, and re-telling their stories.

Original Abstract:
This paper analyzes patterns of naming in the practices of research scientists who work with laboratory animals. The study is based on field work clone in 23 biomedical and behavioral research laboratories over a period of nearly three years, as part of a broader investigation into the meaning of laboratory animals for contemporary scientists. Naming is viewed as a social practice that creates meaning of a particular kind, that of narrative coherence, which forms the essence of biography. Since laboratory animals are rarely given proper names, they provide a negative case that illuminates the significance of naming by showing what is entailed by its absence. I argue that the organization of scientific research creates conditions that foster the social construction of a distinct category of animal, the “laboratory animal,” that contrasts with nameable animals (e.g., pets) across every salient dimension. By virtue of this social construct, which is created and supported by naming practices as well as by other aspects of laboratory talk, the cat or dog in the laboratory is perceived by researchers as ontologically different from the pet dog or cat at home.