A report has found that the total amount of mink pelts produced in the United States has gone up in recent years.
EXTERNAL STUDY This is a summary of an external study.
Summary By: Faunalytics | Published: February 16, 2013
Image by Flickr user Dzīvnieku brīvība

This brief report by the United States Department of Agriculture (USDA) details the state of the mink industry in 2011. In total, mink breeding, pelt production, number of mink farmers, and amount of money made from pelts increased in 2011 over 2010. The total number of mink pelts produced (i.e., the minimum number of mink killed for fur) was 3.1 million in 2011. 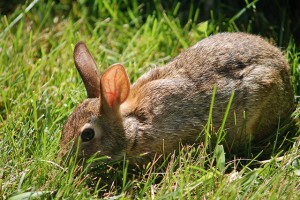 The author explains the implications of rabbits' variable status under U.S. law based on how they are used.