Dingoes can make good companions for some people, but the success of the relationship relies on acceptance of dingoes' wilder traits.
ABSTRACT ONLY Only an abstract of this article is available.
PEER REVIEWED This article has been peer reviewed.
Summary By: Faunalytics | This is a summary of an external study | Published: July 4, 2016
Photo by Flickr user quollism 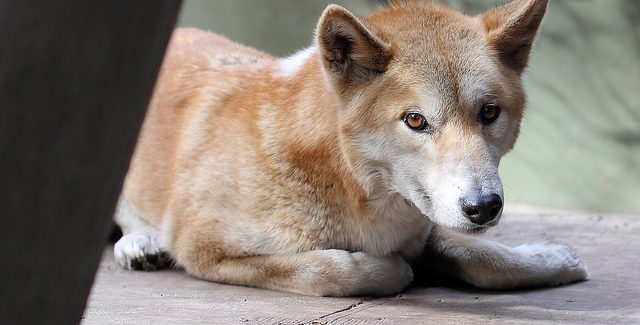 For many different reasons (and after many unsuccessful attempts), dingoes in Australia are not generally considered a domesticated species. Keeping a dingo in one’s backyard was fashionable in Sydney for a short time in the 1800s. But most people have found that, once a dingo puppy grows up, their wilder instincts take over and make them almost impossible to keep as a “city dog.” Still, some people have succeeded, to varying degrees, to live alongside dingoes in a harmonious way instead of treating them as pests. Writings about living with dingoes describe them as “unpredictable, observant, intelligent, clever, untrainable, smart, nervous, and fearful.” But the very act of describing personality in subjective terms is a difficult thing to do consistently. Dog personality studies are conducted much more frequently but run into similar problems with consistency.

This study observed 40 dingoes (22 female, 18 male) in the areas of Australia where keeping a dingo is legal. The researchers found that a plurality of the dingoes had come from a breeder/association/farm (38%), while fewer of them had come from a wildlife park or sanctuary (28%) or were born naturally (18%). Overall, the study found that dingoes rated higher than dogs when it comes to “Extraversion, Motivation, Amicability, and Neuroticism.” Dingoes scored lower than dogs on “Training Focus.” The researchers say this paper is the “the first reported scientific study of personality in a wild canid.” However, they also caution that the self-reported results and the fact that these dingoes were already living in homes may be skewing the findings. For companion animal and wild animal advocates, the study paints a complex picture of a potential domestic relationship with dingoes, but it does not offer any concrete answers for how to mediate those relationships.

Smith, B.P. (2014). Living with Wild Dogs: Personality Dimensions in Captive Dingoes (Canis dingo) and Implications for Ownership. Anthrozoös: A Multidisciplinary Journal of the Interactions of People and Animals. 27(3). pp. 423-433. 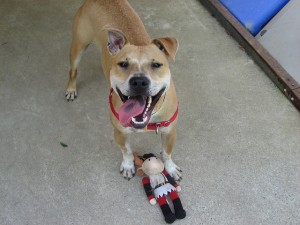 Contact from any humans - not just familiar ones - can help to reduce fear in shelter dogs.

Spay And Neuter In The Galapagos

This article discusses the spay and neuter project in the Galapagos Islands, and the extensive threat against wildlife by the currently rampant free-roaming companion animal population.