Reptiles and amphibians kept as companion animals are both a source of, and subject to, a variety of risks. This review offers several viewpoints concerning exotic companion species, from an insider perspective.
FULL TEXT The full text of this article is available.
PEER REVIEWED This article has been peer reviewed.
EXTERNAL STUDY This is a summary of an external study.
Summary By: Sara Streeter | Published: July 2, 2019
Photo by Alina Sofia on Unsplash

Many of us, when we see a snake or lizard, are both fascinated and repelled. There’s something about the slithering, the darting movements, and their scaly skin, that’s a little creepy. And yet, keeping reptiles and amphibians is a hobby and even a passion for some. Keeping these animals is also controversial because of issues surrounding animal welfare, public health, and conservation. This study evaluates arguments for and against the keeping of reptiles and amphibians.

Living with companion animals promotes human health. The benefits of keeping highly social animals such as dogs are obvious. The physiological and psychological benefits of keeping non-interactive animals such as fish, snakes or lizards are less clear. But living with companion animals, whether they be dogs or frogs, does carry risks. Reptiles and amphibians may carry and transmit infectious disease (zoonoses). Salmonella is a particular zoonotic risk. Time in captivity seems to increase the prevalence of this disease, and young children are most at risk for transmission. Other hazards include wounds from bites or scratches that become infected. And then there is the possibility, albeit remote, of poisoning from an animal such as a snake.

Information about proper care for the most commonly kept species of reptiles and amphibians is widely available. However, novice keepers may be uninformed or misinformed about husbandry and nutrition. Environmental enrichment and stimulation are also essential. Reptiles and amphibians have demonstrated the ability to learn, display socially complex behavior and the potential for emotional experience. Leaving them in barren cages, as is often done in snake or gecko breeding facilities, is unacceptable. Natural behaviors should be encouraged, though the feeding of live mammals – mice to snakes, for instance – is controversial.

Reptiles and amphibians come to market from either captive breeding programs or as wild-caught specimens. There are numerous issues surrounding wild-caught animals. Some species trade in high volumes, creating broad welfare and conservation concerns. Crowded conditions create the potential for trauma or disease transmission. There is also fraud in the industry where animals are advertised as captive-bred so traders can skirt laws prohibiting the sale of wild-caught species. Since captive breeding programs have been successful for a wide variety of species, wild-caught animals should be procured only when there are conservation and habitat benefits and the animals sourced legally and sustainably.

Companion animals, no matter the species, sometimes escape their confinement. When exotic species find their way back into the wild outside of their natural range, they are considered invasive species. Potential harms include predation of, competition with, or interbreeding with, animals already in that environment. Pathogen pollution can be particularly dangerous because it introduces new pathogens into environments for which no natural defenses may be present. These new pathogens may even infect domestic animals thought vectors such as ticks.

This study offers animal advocates some viewpoints contrary to most advocacy efforts, but it reveals a great deal in the process. The authors acknowledge that keeping reptiles and amphibians is a one-way relationship since the animals derive no benefit from human companionship. In fact, there are potential harms to biodiversity when these animals are removed from the wild or captive animals are released or escape into new environments. There is implied acceptance of the trade in wild-caught animals if the traffickers do not break any laws. The authors also suggest that supplying reptiles for emerging disease research is a potential contribution that hobbyist keepers could make. These stances are generally out of step with animal protection efforts; the paper offers animal advocates a rare glimpse into a little-explored topic, from an “insider’s” perspective. 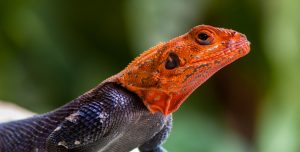 Lizards As Companion Animals: The Challenges

A survey from Australia finds that, despite best intentions, many people underestimate the time, money and effort needed to take care of companion lizards. 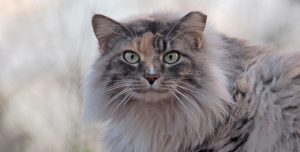 Wild cats and wild / domestic hybrids are gaining popularity as companion animals, and this presents unique challenges to companion humans and vets.