A wide-ranging global survey finds that big cats are the most motivating animals for conservation.
FULL TEXT The full text of this article is available.
PEER REVIEWED This article has been peer reviewed.
Summary By: karol orzechowski | This is a summary of an external study | Published: November 15, 2015
Photo by Flickr user pattoise 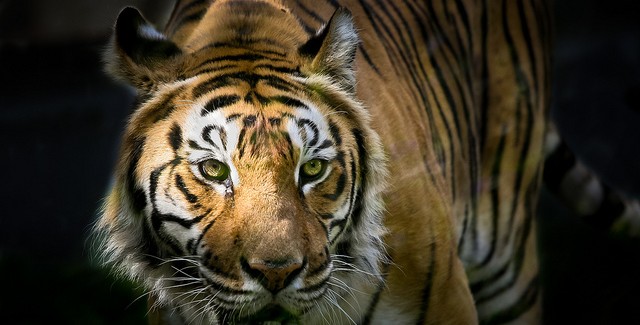 Most humans probably like to think of themselves as egalitarian in many aspects of their lives, but it is clear that when it comes to animals, we often consider some species to be “more equal than others.” It is ethical inconsistency that drives our ability to love certain species while eating other quite similar animals. In the same vein, this inconsistency is one of the central dynamics at play in “practical conservation” – the notion that the general public and policy makers value some species more than others, and that they don’t have the inclination to save them all. To engage the public in conservation efforts, and to influence political decisions and the raising of funds, “it is arguably more important for conservationists and policy makes to understand which species are more valued and why.”

This study aimed to recognize these “flagship species,” noting that “any species selected as a flagship [for a campaign] needs to be both relevant to the conservation issue and appropriate for the intended audience of the campaign.” While some of the preferred species may seem intuitive, the authors of this study were interested in “exploring mammalian charisma.” They did this by showing respondents photographs to see the kinds of species they preferred, explored why this might be, and saw whether those preferences were regionally consistent. With these kinds of factors identified, the authors believe it may be possible to “predict charisma” which would help to identify the species that could be effective flagships for future campaigns.

The researchers presented a set of 100 photographs of terrestrial mammals, representing 25 orders and 69 families, and showed them to 1500 participants in five countries. The respondents were shown pairs of photos at a time and were asked to rate the strength of their preference based on a range of descriptive attributes. The researchers found what they consider to be “novel, valuable insights” about which species people prefer and why. Cats, particularly large ones, ranked very highly, with tigers in 1st place; in fact, six of the top ten species were from a single family, the Felidae.

In addition to the top ranking for tigers, lions placed 3rd, cheetahs came 4th, leopards placed 6th, clouded leopards were 7th, and Iberian lynx 9th. African elephants ranked 2nd. The researchers hoped their findings would be applicable for all countries and social groups, but attitudes “vary across different societies.” The variation is explained in part by how close people live to different species and the frequency and types of interactions. Generally speaking, the type of animal (family) and the size of the animal had the biggest effect on degree of support for the animal.

This study shows that animal advocates engaged in conservation campaigns can utilize the “overwhelming” appeal of felids in order to generate more interest in the cause. The wide ranging data that this study provides, and the model outlined by the researchers, gives a possible roadmap for conservation advocates to follow to better engender public support for a particular issue. The preeminence of big cats in their findings leads these researchers to consider them as one big group, Felis felicis, which they call “a globally powerful emblem and flagship for conservation.” While the authors still consider these findings to be “preliminary,” the results are useful for wildlife advocates interested in maximizing the effectiveness of their campaigns. 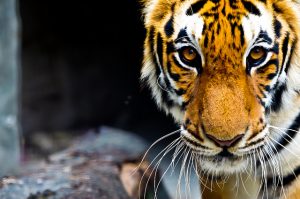 Attacks on humans by large cats (captive and wild) are real, but the causes are mostly the fault of people. Can we balance ethics and conservation?