The “3Rs” Model And The Concept Of Alternatives In Animal Research: A Questionnaire Survey

This article discusses the “3Rs Model” and the awareness scientists have and how often they use the model.
Summary By: Faunalytics | This is a summary of an external study | Published: January 3, 2008
Image by Pixabay user OpenClipart-Vectors

The “3Rs Model” was originally conceived by Russell and Burch and consists of “trying to replace animal models with other models, to reduce the number of animals used, and to refine the experimental procedures to minimize or eliminate pain and distress.” This survey was designed to evaluate the 3Rs since there has been considerable progress in the development of alternatives since the original theory was conceived. 44 out of an initial distribution of 174 surveys were returned, with the majority from the United Kingdom, although proportionately higher percentages were returned from the Netherlands, Germany, Switzerland and the United States.

Knowledge and Implementation of the 3Rs Model

In sum, these quantitative results suggest that respondents perceive knowledge and awareness of the 3Rs to be high in the working environment, but less within the broader scientific community and public. However, it is acknowledged that scientists feel that it is difficult to assess the level of understanding among others within their research communities.

Methods through which scientists could then increase knowledge and awareness outside of their communities could include: 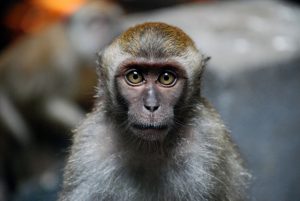 Alternatives To The Use Of Primates In Science

This thorough review discusses the protocols and ethics around using non-human primates, and various alternatives, for toxicology experiments.