A survey in Ohio found that while dog intake and euthanization is decreasing, the opposite is happening for cats, and their situation is worsening.
FULL TEXT The full text of this article is available.
EXTERNAL STUDY This is a summary of an external study.
Summary By: Faunalytics | Published: November 20, 2007
Image by Pixabay user MrsBrown 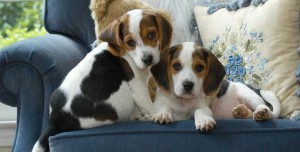 Animal shelter statistical data has been complied for California, Michigan, New Jersey and North Carolina in user-friendly spreadsheets for animal advocates and researchers alike to use.