Research from New Zealand provides a useful case study that can help to inform policy on where to locate urban wildlife sanctuaries for maximum effectiveness.
ABSTRACT ONLY Only an abstract of this article is available.
PEER REVIEWED This article has been peer reviewed.
EXTERNAL STUDY This is a summary of an external study.
Summary By: Kopal Jha | Published: April 4, 2019
Photo by Diana Parkhouse on Unsplash

Climate change is threatening the biodiversity of animals in New Zealand in two ways: first, rising temperatures encourage the reproduction of exotic mammals that prey on indigenous animals or compete with them for resources; second, these exotic mammals, often considered to be pests by the general public, introduce new infections, resulting in greater outbreak of disease among indigenous animals. To combat the loss of indigenous biodiversity due to climate change, “pest-free” urban wildlife sanctuaries are needed.

This study aimed to develop a technique for selecting the most suitable sites for urban wildlife sanctuaries. Urban sites within Wellington, New Zealand were used as the basis of the study, and were identified, ranked, and prioritized by the researchers. The researchers conducted an analysis using eight criteria to determine if the landscape of an urban site was suitable for supporting and protecting vulnerable animals. The most important criterion was patch size, referring to the total area of land cover available to the animals.

The study revealed that Zealandia and Botanic Garden are the most important sites for conservation of indigenous biodiversity in Wellington, which was both expected and surprising. Zealandia is already a safeguard for nationally vulnerable animals and is managed under effective fencing and predator control measures. Botanic Gardens was a surprising find for the researchers, because it had the smallest patch size of all the urban sites considered in the study. This indicated that patch size is actually not the most important factor for site selection of urban wildlife sanctuaries, because other spatial features may outweigh the importance of patch size in a multi-criteria analysis.

The other spatial features included: connectivity and proximity (the distance between patches), indigenousness (how much of the site is covered by forest), land cover heterogeneity (the diversity of different land covers within the site), land surface perviousness (the habitat’s ability to absorb run-off or carbon dioxide), edge density (the perimeter of a patch), landform density (the diversity of elevations, slopes, and aspects, ie topography), and shape complexity (how much the shape of the habitat departs from a circle shape).

Importantly, this research demonstrated that a multi-criteria analysis of different landscape features is a sound, cost-effective, and quick technique for determining which urban sites should be selected for the conservation of indigenous biodiversity. It is also significant because it encourages policy-makers to reconcile human interests with animal interests—Botanic Gardens, for example, is a popular tourist location. Although the presence of people can affect fauna, the researchers advocate managing areas of social and ecological importance separately in a way that reduces the impact of humans on indigenous biodiversity.

The technique introduced by these researchers for selecting conservation sites in urban areas can thus be implemented in any urban context where biodiversity loss is a critical concern. For urban wildlife advocates, the study provides a useful case study that can help to inform policy far beyond the confines of New Zealand. 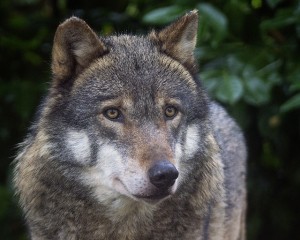 Could promoting natural predators lead to a more 'compassionate' form of conservation?