Searching for Animal Sentience: A Systematic Review of the Scientific Literature

This paper searched the scientific literature using a peer-reviewed list of 174 keywords indicative of animal sentience.
FULL TEXT The full text of this article is available.
ANIMAL RESEARCH This article involves research on captive animals, which Faunalytics opposes.
Summary By: Faunalytics | This is a summary of an external study | Published: October 12, 2013
Image by Flickr user Drew Withington 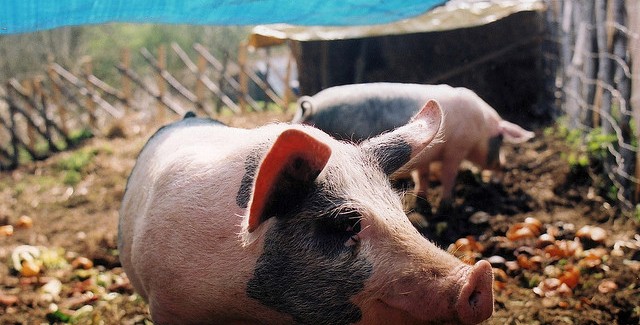 This paper searched the scientific literature using a peer-reviewed list of 174 keywords indicative of animal sentience and found a large body of research in which the subjective states of animals were not only measured but were fundamental to the research being performed.

“Knowledge of animal sentience is fundamental to many disciplines and imperative to the animal welfare movement. In this review, we examined what is being explored and discussed, regarding animal sentience, within the scientific literature. Rather than attempting to extract meaning from the many complex and abstract definitions of animal sentience, we searched over two decades of scientific literature using a peer-reviewed list of 174 keywords. The list consisted of human emotions, terminology associated with animal sentience, and traits often thought to be indicative of subjective states. We discovered that very little was actually being explored, and instead there was already much agreement about what animals can feel. Why then is there so much scepticism surrounding the science of animal sentience? Sentience refers to the subjective states of animals, and so is often thought to be impossible to measure objectively. However, when we consider that much of the research found to accept and utilise animal sentience is performed for the development of human drugs and treatment, it appears that measuring sentience is, after all, not quite as impossible as was previously thought. In this paper, we explored what has been published on animal sentience in the scientific literature and where the gaps in research lie. We drew conclusions on the implications for animal welfare science and argued for the importance of addressing these gaps in our knowledge. We found that there is a need for more research on positive emotional states in animals, and that there is still much to learn about taxa such as invertebrates. Such information will not only be useful in supporting and initiating legislative amendments but will help to increase understanding, and potentially positive actions and attitudes towards animals.”

Two dozen of the best and most insightful articles from our library in 2017, including the most popular items, overlooked items, and a handful of oldies.

The following paper discusses the argument of devoting more research to the emotional effects of death on animals, the grieving involved, and other effects death has on animal wellbeing and welfare.