How Do Australians Budget for Meat?

In Australia, beef is considered a luxury by many, while the consumption of chicken and pork is unfortunately on the rise as consumers look for cheaper meat.
ABSTRACT ONLY Only an abstract of this article is available.
PEER REVIEWED This article has been peer reviewed.
Summary By: Karol Orzechowski | Original Study By: Wong, L., Selvanathan, E. A., & Selvanathan, S. | Published: June 30, 2015
Photo by Flickr user laruth 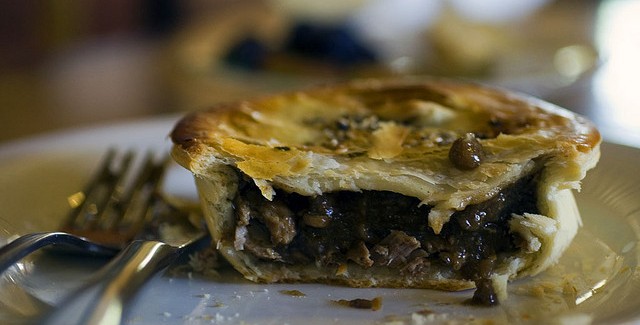 As in other developed nations, meat plays a central part of the Australian diet; though the types of meat making its way into most meals there has changed over the past 50 years.

This study looked at consumption and price data for five types of meat—beef, chicken, lamb, pork, and sheep meat (i.e., mutton)—between 1962 and 2011. The findings show that meat consumption in Australia has been steadily increasing over this time, however not all types of meat experienced an upwards trend. While per capita consumption of chicken and pork has increased over time, consumption of beef, lamb, and sheep has seen a decline. Despite the increase in consumption, individual spending on meat has reduced by half: from 8.4% of consumer expenditures in 1962 to 3.4% in 2011. During this period, the conditional budget share of chicken has tripled and that of pork has more than doubled, while the share for beef, lamb, and sheep decreased (the latter to virtually nothing).

Further findings from the study show that beef is seen as a luxury, unlike the other four meats that are considered necessities. The data also reveals that changes in consumers’ taste preferences over the last five decades have played a notable role in shifting consumption patterns from a focus on beef, lamb, and sheep, to a preference for chicken and pork.

This study provides important information for advocates to consider. The problematic trend of an increase in chicken consumption, given that more chickens are killed to produce a similar quantity of meat from other animals, is concerning. More encouraging, however, is that this study shows that meat consumption practices are not static. Indeed, in as little as 50 years, both the budget allocations for, and individual consumption patterns of, certain types of meat can drastically change, with taste preferences a notable driver. Knowing that this type of change is possible reinforces to advocates the importance of considering how to help shift preference from meat to humane alternatives in the future, so as to avoid consumption simply shifting from one type of meat to another.

This study identifies socio-psychological forces that drive behavioral change, and suggests ways to tailor advocacy to encourage individuals to reduce their meat consumption.