Ornamental fishes are housed in aquariums as a hobby or for display. This chapter explores the unique welfare harms facing ornamental fishes throughout their lives.
FULL TEXT The full text of this article is available.
PEER REVIEWED This article has been peer reviewed.
EXTERNAL STUDY This is a summary of an external study.
Summary By: Mona Zahir | Original Study By: Torgerson, T. (2020) | Published: April 19, 2022
Photo by Huy Phan on Unsplash

A single fish in a home aquarium is the end-point of a much larger number of fish that have passed through repeated decimations on their way from capture or breeding.

Thomas Torgersen, page 371 of “Ornamental Fish and Aquaria” in The Welfare of Fish

The category “ornamental fishes” includes a wide variety of fish species, united only by the fact that they are kept by humans on display or as hobby animals. These fishes face many stressors throughout the stages of being captured (or bred in captivity), transported, and maintained in various tank and pond setups. Nevertheless, the welfare of these fishes is commonly ignored or misunderstood by humans. The chapter “Ornamental Fish and Aquaria,” in a recent book called The Welfare of Fish, provides a basic overview of the types and sources of welfare problems faced by the billions of ornamental fishes bought and sold in the U.S. each year.

An estimated 7,000 species of fish are kept as ornamental fishes, approximately two-thirds of which are freshwater species. Over 90% of freshwater ornamental fish species are bred in captivity, whereas over 90% of marine ornamental fishes (from the ocean) are wild-caught. Due to the great variation in the optimal environments for each fish species, most fishes will not get their needs met in standard hobbyist aquariums. Ornamental fishes commonly suffer from unsuitable environmental factors including temperature ranges outside of their preferred range, high nitrite and low chloride levels, high ammonia, and high pH.

Hobby aquarists face the challenge of meeting each resident fish’s species-specific needs. These may involve the specific size/layout of the environment, the number and type of other species in that environment, and the feeding patterns (e.g., time of day, particle size, etc.). Furthermore, the social environment may be especially difficult to engineer when some fishes are naturally more dominant, aggressive, or territorial — all of which can vary depending on an individual fish’s stage of development. For these reasons, generic “rules of thumb” regarding the environmental and social needs of ornamental fishes can actually lead to highly unsuitable environments for certain species.

Outside of hobbyist aquariums, ornamental fishes are also commonly kept in ponds as living decorations. The most common types of fishes kept in ponds are goldfishes and koi carp, which tolerate a wide range of water qualities. However, these fishes commonly suffer when placed in ponds that are too small or not well-aerated, leading to low oxygen levels in the water, especially in ponds that freeze over in the winter.

Throughout their evolution, different fish species have survived in suboptimal environments using completely different adaptive strategies. Some species that evolved in ponds and streams, which tend to have poor water quality throughout, have bodies that can undergo physiological changes to increase their chances of survival in a given environment. These changes are slow and can be wasted when undergone in response to temporary environments, such as holding tanks. On the other hand, fish species that evolved in oceans, which are widely variable in environmental conditions depending on where you are, evolved to rely on migration to find more suitable environmental conditions. As a result, such species will likely face greater frustration when placed in environments that are uniformly unsuitable, as their efforts to migrate to better spots within that environment will be fruitless. Regardless of how each fish tries to survive in her environment, it is important to remember that a fish’s subjective quality of life cannot be directly assumed from her chances of survival.

Beyond the environments they end up in, ornamental fishes experience stressors throughout earlier phases of their trade. First, the fishes will be either raised in captivity in human-made environments, or they will experience the stress of being chased and constrained as they are captured and removed from their natural environment. The capture and post-capture methods used to catch ornamental fishes leave many of them injured or dead. Next is the transport stage, during which the majority of the ornamental fishes (estimated at over 90%) die from unsuitable, stressful, and constantly changing environments. Even among the survivors of transportation, a large proportion of these ornamental fishes are discarded due to issues that customers would not be attracted to (e.g., fin damage, wounds, sickly appearance, etc.). The non-discarded survivors are then stored in holding tanks at wholesalers and retailers until they are bought. During this time, they receive minimum care, only to the extent that will yield enough fishes of sufficient quality to turn a profit. Finally, the fishes must be packed and transported to the customer, which brings further stress and possible damage to the animals.

In sum, a majority of ornamental fishes die from a host of welfare issues either before or after reaching the customer, and at ages far below their natural lifespans. These dead fishes are then replaced by the purchase of new ones, and the cycle continues. The author gives a couple of suggestions that could reduce harm to ornamental fishes. For example, retailers can sell only species that are naturally better equipped to handle variable environments and stressors. Additionally, customers can purchase fewer, more expensive fishes rather than many less expensive fishes. These fishes are likely to have been better tended to in the steps leading up to their sale, since the loss of individual expensive fishes hurts profits more than the loss of less-expensive fishes. Because ornamental fish welfare is still an overlooked issue, animal advocates can push for local policies that enforce species-specific standards for the care of these fishes, especially in the early stages of the supply chain.

Advocates can also educate potential customers on why the commercial sale of sentient animals as decorations or hobbies is inherently harmful to the animals’ welfare. Finally, advocates can launch educational campaigns on topics including species-specific ornamental fish care, issues pertaining to ornamental fish welfare, and evidence for fish sentience. 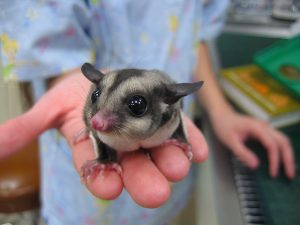