China’s meat production industry is moving towards larger farms and more modern slaughterhouses for beef cows.
Summary By: Faunalytics | This is a summary of an external study | Published: April 3, 2009
Image by Unsplash user chuttersnap

China is the third largest beef producer in the world, with estimated production of more than 7 million tons. The industry is trending toward larger farms (which currently make up 11% of the industry) and more modern slaughterhouses for beef cows (currently 13% of the industry). 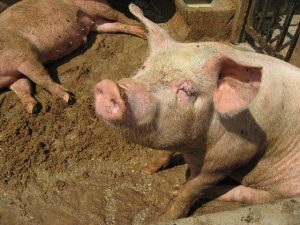 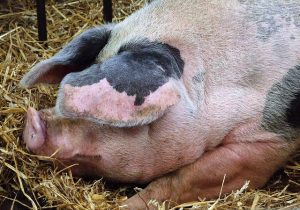 Policing Farm Animal Welfare in Federated Nations: The Problem of Dual Federalism in Canada and the USA

This paper outlines problems with (and proposes some solutions for) the creation and enforcement of effective laws protecting farm animals in the United States and Canada. Taking a long view that includes an agro-anthropological analysis of how current farm animal protection laws came to be, the paper highlights how, in the both the U.S. and Canada, agriculture is a unique institution. "Achieving substantial shift in farm animal production methods, means a coordinated societal initiative to disseminate and have adopted a new societal norm." The authors argue that some kind of continental regulatory oversight, as well as more direct cooperation with policy-makers and NGOs, are possible solutions, but that any changes will cause friction with the prevailing industrial practices centered around efficiency and profits, not animal care.

A survey has found that 75% of Australians supported a law requiring all Australian cows to be stunned and rendered unconscious before being slaughtered.