Though there is a tremendous amount of visible variation among dog breeds, all domestic dogs belong to the species Canis lupus familiaris. This study examines how much breed variation has an effect (or lack thereof) on behavioral traits, recognizing that many particular types of dogs have been bred for hundreds and sometimes thousands of years. The results show that the behavioral differences thought to exist among different breeds are more pronounced depending on the research methods used.
ABSTRACT ONLY Only an abstract of this article is available.
PEER REVIEWED This article has been peer reviewed.
Summary By: karol orzechowski | This is a summary of an external study | Published: May 13, 2015
Image by Flickr user jantruter, under Creative Commons License 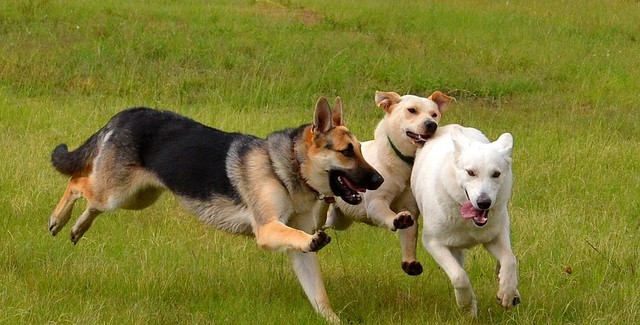 Though there is a tremendous amount of visible variation among dog breeds, all domestic dogs belong to the species Canis lupus familiaris. This study examines how much breed variation has an effect (or lack thereof) on behavioral traits, recognizing that many particular types of dogs have been bred for hundreds and sometimes thousands of years. The results show that the behavioral differences thought to exist among different breeds are more pronounced depending on the research methods used.

Anyone with a companion dog is likely to be familiar with the prevailing wisdom that different breeds vary widely in their behavior, just as they do in their morphology (how they look physically). According to the researchers of this study into dog behavior, “although the number of recognized dog breeds has grown substantially over the last century and a half, relatively little empirical research has targeted the behavioral characteristics that define breeds.” However, they also acknowledge that human pressure and selection for breeding could potentially have an effect on the dogs’ behavior and temperament. The goal of their research was “to review and summarize research findings that have measured differences between dog breeds in temperament and cognitive performance in order to determine whether there is empirical evidence that dog breeds differ in substantial and systematic ways.” Their literature review, which takes into account historical views of breeding, methodologies in previous studies, and how different breeds have been represented, gives a novel view of dog breeds and shows that our thinking of them may be based much more on myth than fact.

The authors say that “genetic diversity due to both historical (e.g., World Wars), cultural and geographic factors has contributed to the debate of how to define a ‘breed.’ Irrespective of different categorizations, there appears to be widespread agreement that dog breeds differ in behavior from one another in measurable and predictable ways.” To see if the literature around breed difference support this theory, the authors tested two hypotheses: “that there is more evidence for within-breed variation in behavior rather than between breeds; and also, that where evidence for breed differences exist, the scientific findings will correspond to the breed standard for a given breed.” However, what they found is that the question of breed differences in behavior is “still very ripe for further investigation, and would most greatly benefit from an emphasis of certain themes.” Perhaps unsurprisingly, methodology is a very important factor in terms of understanding the data. “Breed differences are more likely to be reported in survey-based studies and other indirect assessment methods than in experimental studies, and in certain temperament traits rather than cognitive abilities,” say the researchers. In other words, when scientists are able to more tightly control the studies, behavioral differences between breeds are not as pronounced. Surveys, meanwhile, may be more affected by human perception. “Respondents of surveys (which typically tend to be veterinarians, owners, judges, or other individuals with extensive dog experience) may be biased in their responses or may fail to accurately report the behavior of the dogs they interact with on a daily basis.”

Though the researchers say that “differences in behavior are evident among breeds of dogs,” they are careful to also emphasize that “substantial within-breed differences in behavior also exist — even in the most controlled experimental studies.” There is considerable evidence that differences in breed behavior are influenced not only by genetics, but by the environment and the dog’s experience. Significantly, they state that “there is little evidence that these behavioral differences correspond to conventional and genetic categorizations of breeds.” Overall, the authors note that as there are so many dog breeds and because behavioral research itself can be the subject of so much subjective variation, it is an area that requires further investigation. For advocates, this research should be an encouraging sign, especially for those who are engaged in campaigning for certain maligned breeds. 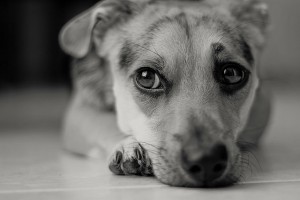 Dogs have a broad range of emotional intelligence and are able to read the emotional states of both humans and other dogs. 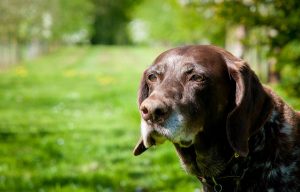 Does the Attachment System Towards Owners Change in Aged Dogs?

The bond between humans and dogs has been well studied, yet researchers are always looking to explore new angles of the relationship to deepen our understanding. In this study, the authors examined the emotional bonds between older dogs and their human companions, to explore the type of attachment and see how it compares to bonds formed by younger dogs. Using a modified version of the "Strange Situation Test" and a salival cortisol sampling, the researchers looked at 50 dog/human groups, and found that aged dogs cope less efficiently with emotional distress.