This survey asked Alaskan respondents their attitudes towards predator management in the area.
Summary By: Faunalytics | This is a summary of an external study | Published: December 6, 2010
Image by Pixabay user raincarnation40

To develop a workable management plan for Unit 13, a southcentral area of Alaska, the Alaska Department of Fish and Game (ADF&G) initiated a survey of public attitudes toward predator management in the area.

About three-quarters of survey respondents were “greatly interested” in wildlife, with one-half to three-quarters reporting that they had watched or fed birds, fished, or hunted in the past year. Approximately one-third belonged to hunting, trapping, or fishing organizations, and about 40% placed themselves in a high knowledge category, based on self-assessment of knowledge of predator-prey population levels, trends, and relationships in Unit 13.

Though predator control in Alaska has been controversial for decades, public acceptance is conditional. A majority of respondents and about half of statewide respondents would support lethal control when Alaskans from other areas who rely on game for food are unable to find moose and caribou to hunt. The two situations identified where respondents would prefer to take no action to control predators where 1) when predators reduce prey populations available to Alaskans from outside the area, but don’t rely on them for food and 2) when predation reduces the appeal of the area for moose or caribou hunters to the point where the local economy suffers.

Statewide residents rely on newspapers, spending time outdoors, television, ADF&G, and family and friends for information on wildlife topics, while Unit 13 respondents get their information from spending time outdoors, family and friends, ADF&G, and newspapers. And finally, of the population reduction methods inquired about in the survey, respondents favored the use of liberal hunting (for wolves and bears) and trapping (for wolves) seasons by a wide margin. 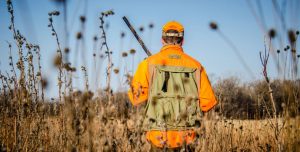 This article examined Idaho residents’ attitudes towards the State’s fishing, hunting and management of wildlife.