A Culture Of Competition: How Charitable Giving Perpetuates Inequity

The other day I was chatting with a few leaders from other animal protection organizations. Although not the original purpose of our call, the conversation eventually turned into a discussion about what is holding our movement back. As my fellow advocates can imagine, we had a lot of thoughts on the topic, but something that we kept coming back to was competition vs. collaboration. And at the heart of this issue? Fundraising.

Year after year, Giving U.S.A. reports that animal and environmental nonprofits receive only about 3% of all charitable giving. That’s not a big piece of the overall pie — what does this slim figure actually look like for individual organizations? According to data from the National Center for Charitable Statistics, there are around 15,000 registered and reporting 501(c)(3) public charities in the United States working on animal and/or environmental causes. If the total reported revenues of these cause areas were divided up equally, it would provide about $1.3 million for each animal/environmental charity.

But we know that revenues are not split evenly across each cause area, nor among the groups within each cause area. Indeed, even just among the organizations listed on Charity Navigator (which until recently only rated charities with revenues over $1 million for at least two consecutive years), there are over 100 animal organizations with expenses over $3.5 million and 30 with expenses over $13.5 million, most of which are humane societies and SPCAs that focus primarily or entirely on companion animal issues. By contrast, a 2016 Animal Charity Evaluators report found that ten major U.S. farmed animal organizations combined controlled less than $20 million.

We know that charitable giving isn’t distributed equally, and I’m not even advocating that it should be (though it sure would be great if animal advocacy got a bit more love). Organizations are unique, with varied needs that may demand more or less funding and resources to achieve their missions. However, funding isn’t just unequally distributed, it’s inequitably distributed.

In Race To Lead, a survey of more than 5,000 nonprofit staff on their overall experiences of race and leadership, researchers found that 35% of people of color (POC) reported a lack of relationships with funding sources as a challenge or frustration faced on the job, compared to 25% of white respondents. Additionally, POC-led groups were the most likely to have budgets of less than $1 million. Findings like these aren’t unique.

The Bridgespan Group collaborated with Echoing Green to specifically research the depth of racial inequity in philanthropic funding. No surprise, they also found stark inequities: revenues of Black-led organizations are 24% smaller than the revenues of their white-led counterparts, and the unrestricted net assets of Black-led organizations are 76% smaller than their white-led counterparts. What’s more, a separate report found that foundation funding designated for Asian American and Pacific Islander (AAPI) communities accounts for just 0.2% of all U.S. grantmaking.

This Giving Tuesday, the Faunalytics team would like to use our platform to elevate ten organizations in our movement that we think deserve a bit of the spotlight. We haven’t analyzed the nitty gritty details of these organizations – we aren’t looking at their program/admin expense ratios (nor should you!) and we aren’t suggesting their work based on a specific definition of effectiveness. Our team members do, however, think that these groups are doing great work. We hope you’ll join us in supporting them this Giving Tuesday and beyond.

Founded and led by Josphat Ngonyo, ANAW is an indigenous Pan-African organization which works to sustain animals as sentient beings through compassion, care, and appreciation. They achieve this by influencing policy, community empowerment, advocacy, and attitude change.
Read More about ANAW

They keep tabs on and coordinate work with a number of groups working in a broad range of animal protection areas, and I really appreciate how they help people to evaluate where and how they can support such groups and initiatives. 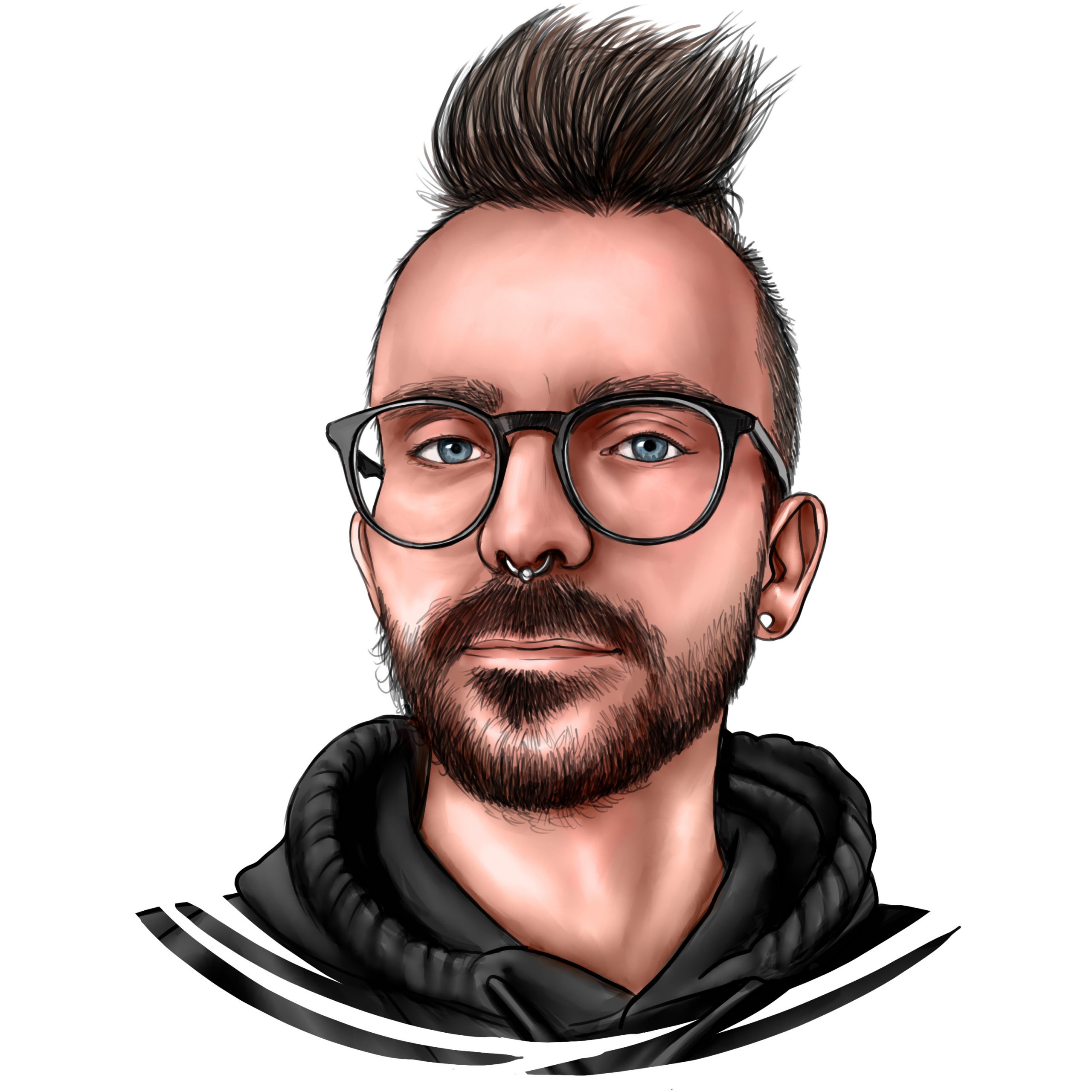 Veganism is often thought of as one size fits all, and I love that AfroVeg pushes back against this overly simplistic view. They play a critical role in the movement by making sure that resources and support are both available and relevant to communities that are often not prioritized. 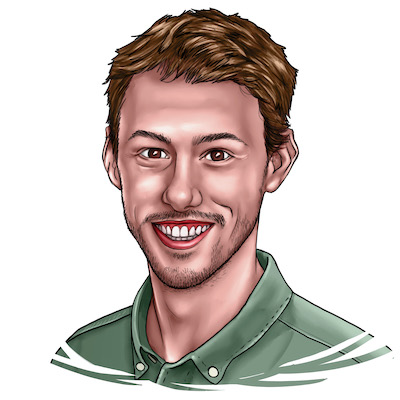 Founded by Elly Nakajima and Angel Lau, AAA works to empower animal advocates across Asia to build a more inclusive and effective animal justice movement within Asia. They host a conference, leadership summit, workshops, and also have a regranting program to support on-the-ground organizations.
Read More about AAA

I appreciate their work in promoting the importance of culturally, politically, and socioeconomically specific advocacy. They represent groups spanning the largest continent in the world while acknowledging and supporting the complexities that make them unique. 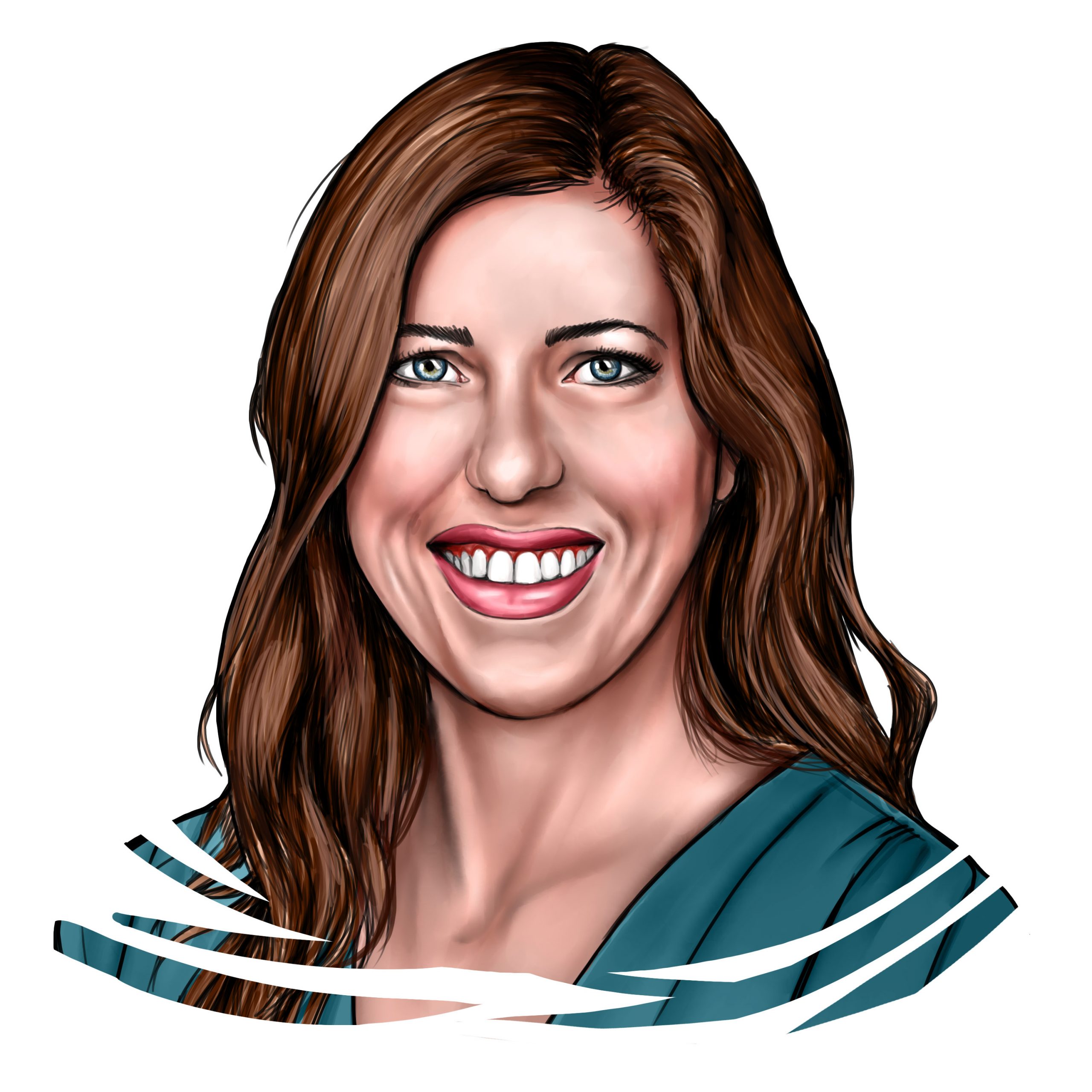 Founded by lauren Ornelas, FEP seeks to create a more just and sustainable world by recognizing the power of one’s food choices. They spotlight the abuse of animals on farms, the depletion of natural resources, unfair working conditions for produce workers, and the unavailability of healthy foods in low-income areas.
Read More about FEP

I think they do a really excellent job of connecting interrelated issues applicable to different social justice movements. 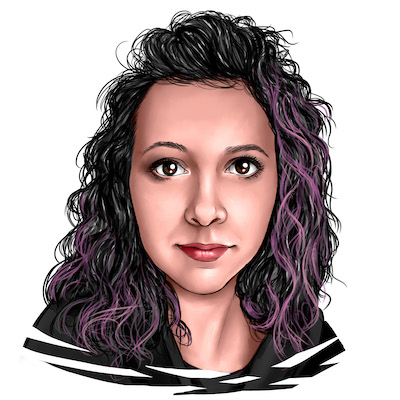 Led by Connie Spence, Gwenna Hunter, and Yvette Baker, Liberation 360 is an anti-oppression group aimed at empowering communities to create systemic change to the food system. They help build an understanding of how to overcome the systemic effects of a discriminatory food system by challenging the status quo of workers’ rights, supporting small farmers, raising awareness of animal suffering, environmental degradation, and food accessibility, and much more.
Read More about L360

I really appreciate that Liberation 360 provides educational materials, such as why vegan consumerism alone will not save animals. I value compassion, anti-oppression, and smart solutions, which is why I also want to highlight that they work with communities that the food system disenfranchises to co-create a better system together. 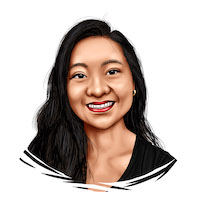 Led by Dr. Michael Blackwell, the Program for Pet Health Equity exists to improve access to veterinary care for companion animals and their families not adequately served by the current system. They promote and facilitate national collaborations and public policy development in order to remove barriers to veterinary care.
Read More about PPHE

This amazing program is focused on improving access to veterinary care for those not properly supported by the current system. I firmly believe income should not dictate whether or not someone has the ‘right’ to a companion animal, so services like theirs are an absolute necessity. 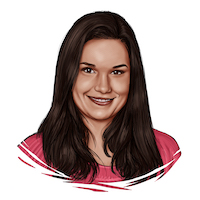 Founded and led by Liz Ross, Rethink Your Food envisions a world where accessible, culturally appropriate, nutritious food from plant sources is the primary focus of an equitable and sustainable food system. They create action-focused events and campaigns to engage the public, while providing information about the benefits of a more just food system and celebrating Caribbean food culture.
Read More about RYF

I love that they are employing a multi-pronged approach to change that includes both individual and institutional outreach, and that it is all done through the lens of a culture and history that can't be generalized from surrounding areas. 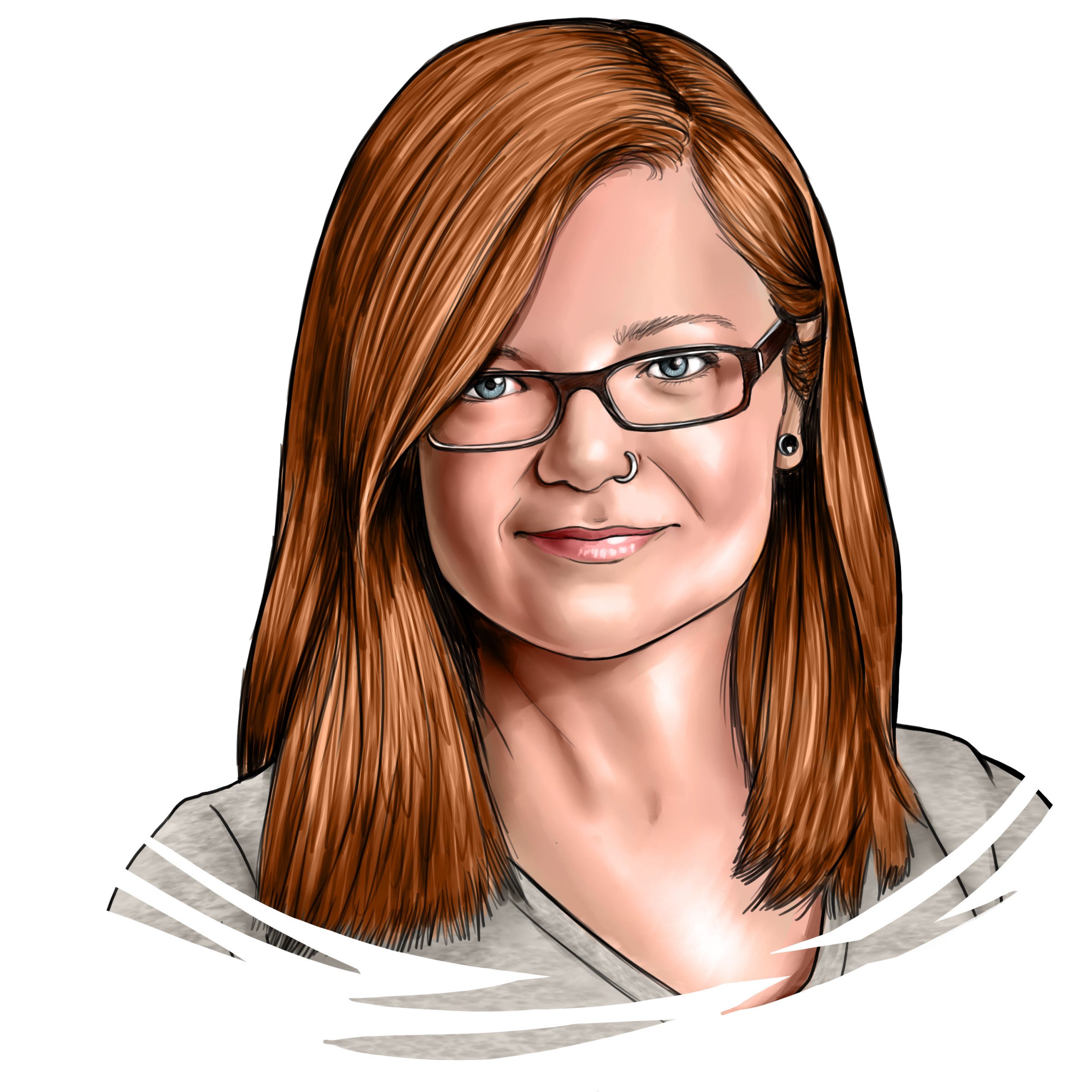 Founded by Leah Arcand from Muskeg Lake Cree Nation, Save Rez Dogs is an Indigenous-based grassroots initiative and a call to action for First Nation communities to gather resources and develop their own dog management plans. They provide educational resources and funds to various frontline animal rescues that aid reservation dogs.
Read More about SRD

I am inspired by what a small group of volunteers have accomplished in providing the resources needed to advocate on behalf of reservation dogs in their communities. 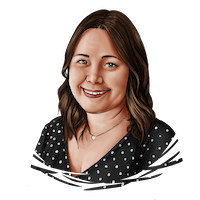 I especially admire that Sterling is trying to change the stereotype of animal welfare as a white woman’s industry, as well as building bridges with the Black community to engage them in community cat care. 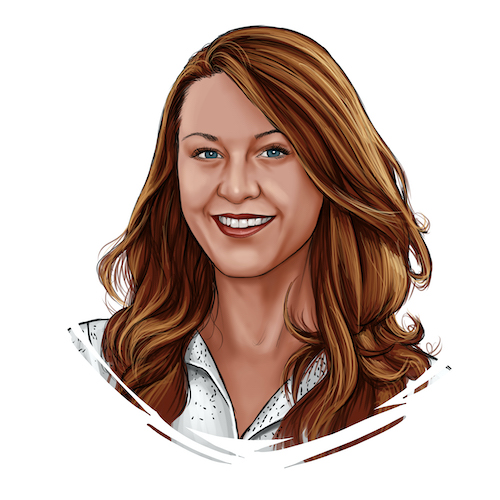 Led by Ignacia Uribe Rojas, Vegetarianos Hoy is an international organization working in Latin America to promote plant-based diets and to reduce the suffering of farmed animals. They work with the general public, companies, and governments to promote animal welfare and a more ethical, healthy and sustainable way of eating.
Read More about VH

Vegetarianos Hoy is a female-led organization that is an animal advocacy powerhouse in Latin America. This amazing organization works on numerous levels, helping expand the vegan food selection in the region, fighting against chicken confinement and rodeos, campaigning for the legal recognition of animals as sentient beings, and much more. 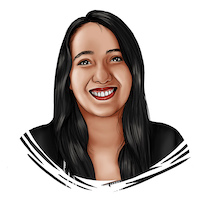 This is just a small handful of the many incredible organizations in our space that deserve support. There are several other donation options, including grant funding sources such as The People’s Fund (run by Mercy for Animals and focused on addressing racial inequity in funding), the Movement Grants program (run by Animal Charity Evaluators and aimed at building and strengthening global animal advocacy), or Women Funders in Animal Rights (a giving circle that prioritizes organizations run by women of color/women/non-binary advocates), to name a few.

To learn more about other ways that Faunalytics is working to address inequity in our organization and in the movement, please visit our Commitment to Inclusion, Diversity, Equity, and Accessibility.

Author: Brooke Haggerty
Brooke Haggerty has over a decade of experience in the nonprofit sector and serves as the executive director here at Faunalytics. In 2018 she was involved with the "Yes on Proposition 12" coalition promoting a California ballot initiative that established minimum space requirements for farmed animals. Previously she served as the executive director, and later as a board member, for the Foundation for Animal Care and Education, and also worked as a humane educator for the Animal Protection and Rescue League. Brooke currently serves on the board for HandsOn San Diego promoting community volunteerism, and actively volunteers with her alma mater's mentorship program. Brooke has an MA in Human Behavior, a BA in English, and certifications in Marketing and Nonprofit Management.

If you're working to change hearts and minds about animal welfare, it’s critical to know that the messenger, not just the message, matters.

Our analysis of the 2018 Faunalytics Animal Tracker continues: in this blog, we focus on the question that gauges the opinion of U.S. adults about various social causes, including "animal protection."