Humans know that the microwave and vacuum cleaner pose no threat. Our dogs don’t always see it that way.
FULL TEXT The full text of this article is available.
PEER REVIEWED This article has been peer reviewed.
EXTERNAL STUDY This is a summary of an external study.
Summary By: Sara Streeter | Original Study By: Grigg, E.K., Chou, J., et al. (2021) | Published: July 8, 2022
Photo by Andrew Neel on Unsplash

Most of us have seen dogs who are terrified of thunder. The annual Fourth of July fireworks displays send many dogs over fences or under beds. The fear reaction itself is normal and helps protect an animal from harm. But when a nonthreatening stimulus repeatedly arouses a fear response, or when a reaction is out of proportion to the perceived threat, this becomes maladaptive. When dogs feel fear, their hearts may race, and cortisol levels rise. They may pant, hide, pace, crouch low to the ground, shake, tremble, bark, try to escape, or seek out familiar persons. Repeated or long-term stress can affect both health and welfare.

Sudden, loud noises often induce fear in dogs, and as many as 50% of companion dogs suffer from noise sensitivity.  Sounds can be characterized as high-frequency intermittent (HFI) or low frequency constant (LFC). An example of the former would be smoke detector beeps or chirps, while the latter could be a microwave humming or a robot vacuum. Prior research has shown that dogs react most strongly to loud, unpredictable noises, especially when they can’t control their exposure.

While researchers know the effects of extreme, occasional sounds on dogs (e.g., fireworks), less is known about the impact of common household noises. To learn more about how dogs respond to these types of sounds and how guardians perceive their dogs’ responses, researchers administered a survey to 386 dog guardians and examined canine behaviors from 62 YouTube videos and compilations.

Although 67% of the survey respondents claimed their dogs weren’t fearful in general, nearly half of the respondents reported that their dogs showed fear in response to loud noises. The most triggering type of noise for dogs was “loud/rare sounds,” with beeping eliciting the most extreme fear responses. The most common stress behaviors were barking (reported by 50% of guardians), retreating (reported by 23% of guardians), and pacing (reported by 16% of guardians). Analysis of the video clips found that the most common canine fear behaviors were staying close to a person in the video, tail wagging, barking, howling, jumping in place, lip licking, and panting. In the compilations, the dogs most often lunged —presumably at the noise source—or barked.

Responses were stronger to HFI sounds than to LFC noises. For example, an HFI noise was the offending sound in 83% of online videos. Guardians tended to underestimate the level of fear in their dogs. Indeed, in the videos, humans were more likely to show amusement in response to a dog’s fear than concern. Specifically, only 16% of people in the videos expressed concern for the dog’s welfare. This suggests that dog guardians may incorrectly gauge the level of fearfulness in their dogs’ reactions to household noises and respond inappropriately.

The authors of this paper note that further research is needed to determine the true prevalence of canine sensitivity and phobias related to household noises. These findings suggest that advocates need to provide more education for dog guardians about canine body language. People need to understand how dogs show fear and anxiety. These emotions are likely as unpleasant for dogs as they are for us. We don’t laugh at a person who is anxious or afraid. We shouldn’t laugh at a dog, either. Instead, they should receive our comfort, compassion, and support.

The Evolution Of Companion Dogs

Companion dogs are prone to loneliness, anxiety, and depression. A study of free-roaming village dogs shows how understanding "petification" can help us improve our companions' lives. 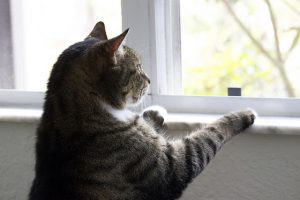 Not all outdoor cats show predator behavior; they are individualistic when it comes to hunting. What does this mean for cats and wild birds? 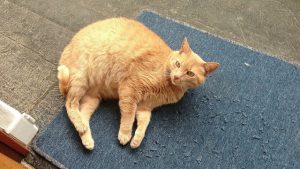