No matter the group size, minks housed together will bite each other and exhibit stereotypic behaviors, making any fur farming configuration problematic.
ABSTRACT ONLY Only an abstract of this article is available.
PEER REVIEWED This article has been peer reviewed.
Summary By: Faunalytics | This is a summary of an external study | Published: June 9, 2017
Photo by Flickr user dzivniekubriviba

Factory farming is difficult for all animals,  but the close quarters and cramped housing are especially damaging to animals that would live in solitude and on large ranges in the wild. One example of this is mink: mink are generally solitary animals. Male and female mink may have home ranges that overlap slightly, but male mink will not tolerate another male within their territory. Fur farming completely upsets this balance, and on many commercial fur farms, male and female mink are usually housed in pairs for breeding. What’s more, you will find many males within close quarters of each other. Though separated into individual cages, this creates a situation where many males are in overlapping territory with each other. The fur farming industry in Europe, reacting to welfare pressure from the public and government agencies, has been studying the differences between pair housing and group housing, to see if one might be “better” for mink than the other.

The purpose of this particular study was to investigate the frequency of stereotypic behavior and activity levels in farmed mink in group housing, and to see whether group housing increases aggression (measured in bite marks). The researchers looked at a commercial farm with about 12,000 breeding females in Sweden, housed in “long-roof sheds” and “under standard farm conditions,” including some minimal enrichment.  The mink were houses in different configurations – groups of two, three, and four mink – and two different configurations of cages, and the researchers examined their pelts after slaughter to check for bite marks. What they found, which contradicts previous research from Europe, was that stereotypic behavior was generally “low” and that the group size did not seem to have an effect on bite mark frequency. The researchers had no clear explanation for this, except that perhaps the relatively calm behavior of the mink on this farm was particular to this farm and the way mink are selected for breeding. While the researchers say the frequency of bite marks was low, a look at their data shows that they consider 37% to be “low.” While they didn’t find significant differences between housing type and enrichment when it came to bite marks, 37% of total animals showing bite marks is not insignificant.

For animal advocates, the study shows that, regardless of enrichment style and new attempts to increase welfare through group housing, farming mink for their fur creates significant welfare issues. For animals that are supposed to be generally solitary creatures, any type of group or pair housing creates the conditions where aggression and violence can occur, which call into question how much welfare the fur farming industry could ever provide.

This study found that mink killed for their fur maintain their natural instincts and desires even if they are born and raised entirely in captivity. 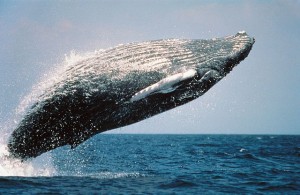 This month's Faunalytics Index takes us around the world with facts and figures about "humane" meat, whales, water consumption, cat adoption, and fur farming.