An analysis of the Adventist Health Study 2 cohort finds that a plant-based diet can help to mitigate cardiovascular disease, but the effects are dependent on the kind of plant-based food you eat.
EXTERNAL STUDY This is a summary of an external study.
Summary By: Owen Rogers | Published: November 5, 2018
Photo by Vitchakorn Koonyosying on Unsplash

Meat is traditionally thought of as necessary for a healthy diet. Recently, several nutritional studies have challenged that assumption, finding that diets with high meat consumption and low vegetable consumption are correlated with an increased risk of heart disease. These results are often used as evidence that a vegetarian or vegan diet can be a health benefit, especially considering that heart disease is the most common cause of death in much of the developed world.

This study attempts to dive a little deeper and further break down diets based on specific protein source, rather than simple animal/plant based, to get a better understanding of what makes plant-based diets work. To do this, the authors used the data gathered in Adventist Health Study 2, one of several long-term studies conducted by Loma Linda University on Seventh-Day Adventists in the U.S. and Canada.

Adventists have lower rates of many diseases than most U.S. adults, and have thus been the subject of many health studies. Diet and lifestyle are often thought to be responsible – many Adventists abstain from meat, alcohol, and tobacco, and many are fully vegan.

This particular study began in 2002 with just under 82,000 subjects, all of whom were Adventists over the age of 25 with no prior cardiovascular events. Protein sources were divided into plant and animal sources. Plant proteins were divided into grains, nuts and seeds, legumes, fruits, other vegetables, and processed foods. Animal proteins were divided into red meat, poultry, seafood, eggs, yogurt, cheese, processed food, and animal fat (butter, lard, etc.). Each individual’s lifestyle, health, demographic, and dietary information was collected, and mortality was monitored over the next several years.

After adjusting for lifestyle, age, race, sex, energy intake and BMI, meat consumption was found to be associated with a slightly higher risk for cardiovascular death. No plant source was associated with a risk increase. However, only plant-based diets high in protein from nuts and seeds were found to have a protective effect.

It is worth noting that diets high in grains, legumes, fruits, and vegetables were associated with lower BMI and higher physical activity, as well as lower alcohol and tobacco usage. The opposite trend was true for those who ate lots of meat and/or processed food. Also worth mentioning is the declining relationship between diet and cardiovascular disease over time. While the positive and negative correlations were strong in adults from ages 25-44, by age 80 they virtually disappear. This suggests that diet is a factor in premature cardiovascular disease, but perhaps not cardiovascular disease related to aging.

There are two possible problems that the authors note. First, diet was assessed at baseline, not monitored throughout the study. It’s likely that many subjects’ diets changed over the course of time. In addition, diets were self-reported, which always leaves open the possibility of selection biases and false reporting. There may also be other variables that played a part that were not captured by this study. However, the authors note that it has a massive and diverse subject pool, as well as a long follow-up period, making it very strong. The Adventist study in general is seen as very reliable.

This study affirms what many veg*ns and animal advocates already know: not all plant-based diets are created equal. While abstaining from meat and other animal products can have a beneficial effect, especially if you are currently a heavy meat-eater, it is not a guarantee of health. We still have to eat various sources of protein, and this study shows us that nuts and seeds should not be ignored.

Furthermore, the lack of correlation in individuals over 80 suggests that plant-based diets aren’t a magic bullet against heart disease, and should not be advertised as such. Animal advocates should always keep this nuanced approach in mind to avoid giving bad advice and harming the movement. While encouraging plant-based diets is a cornerstone of the movement, we need to be careful to not exaggerate their advantages. 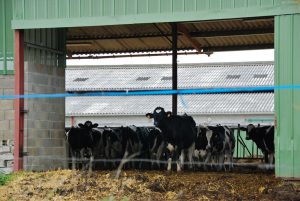 Attitudes Towards Animal Welfare In Developed Countries: A Review

A review finds that the general public’s level of concern for animal welfare in food production is high, while their understanding and knowledge is poor. 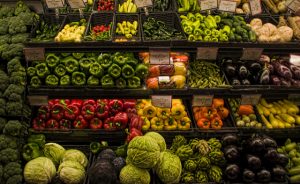