A new study looks at the dynamics between the oceans' top predators and details how those dynamics may shift due to coming climate change.
ABSTRACT ONLY Only an abstract of this article is available.
PEER REVIEWED This article has been peer reviewed.
Summary By: Faunalytics | This is a summary of an external study | Published: September 5, 2017
Photo by Flickr user ifmomsaysok

One of the ways that animals are connected to each other in ecosystems is through what’s commonly referred to as “the food chain.” Predator animals hunt prey animals, who may in turn be predators of other prey animals themselves, and so on. These relationships of survival and nutrition are sometimes called “trophodynamics.” This refers to the “trophic levels” that animals find themselves a part of. Researchers have studied the trophic interactions of many top marine predators to a great extent. But researchers note that “the dynamic component, that is the spatial and temporal variability, is less well described.” For animals living in the open ocean (called “pelagic” fish), those dynamics are especially complicated. This is because the ocean is an incredibly dynamic place that is constantly churning and shifting. As climate change becomes an ever increasing issue, its associated impacts are “predicted to significantly affect” the distribution and abundance of small and sensitive species that are the prey of bigger species, who are in turn the prey of bigger species, and so on.

In this study, scientists wanted to draw from research on a variety of ecosystems to “summarize advances and challenges in food web research.” And they wanted to learn how to improve research for more accurate analysis of present and future climate effects on top predators. Specifically, they looked at the “main components of the pelagic food chain.” They note that understanding trophodynamics requires accurate measurements of predator-prey relationships. Researchers have traditionally achieved this through analyzing the stomach content of pelagic fish. Though there are criticisms of this method, the authors of this study note that it can still provide useful data when combined with other techniques. Newer methods—such as biochemical tracers, telemetry (watching the movements of fish and inferring consumption patterns from those), and others—are also playing an increasing role in trophodynamics research.

Through a review that is exhaustive and thorough—encompassing everything from plankton, micronekton, seabirds, sharks, and more—the authors of this study found a range of issues that would be common across many trophic groupings. They note that climate change “may act directly on the physiology, behaviour and survival of top predators, or indirectly, though impacts on the ecology and behaviour of their prey or lower foodweb groups.” They give an example about how rising oxygen levels in the water may affect tunas and billfishes through habitat compression. This can have profound implications for them and the fish that prey upon them. In addition to climate effects, the researchers also note that “complex cumulative effects” are also likely to result from ocean acidification. Because different species react to acidification differently, the authors emphasize that knowledge of trophodynamics is going to become more and more crucial.

How does animal advocacy fit into this? Though the paper itself is highly technical and difficult to understand for non-specialists, the researchers provide some suggestions for future research that are quite broadly applicable. They highlight the need for collaboration, data sharing, long-term monitoring, and an increasing reliance on emerging monitoring techniques. These are future directions that almost any conservation advocate can use to guide them. 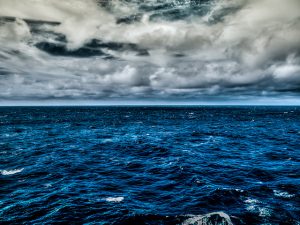 Blue Energy And The Potential Risks To Animals

Harnessing “blue energy” from the oceans is a potential boon to reducing reliance on fossil fuels. But what does it mean for ocean-dwelling animals? 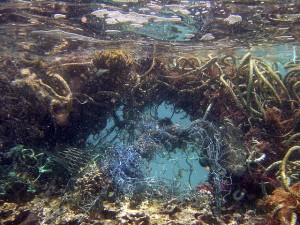