Describes the prevalence of vegetarianism among college age students.

Vegetarianism is increasing in prevalence on college campuses, as 15% of the nation’s 15 million college students eat vegetarian during a typical day, according to a National Restaurant Association study.

This is 2-3 times the share of the national vegetarian population.

Reasons given for college age vegetarianism are environmentalism and concerns about fat intake.

Almost half of women college students say vegetarianism is in, versus one half of men students, according to RoperCollegeTrack. 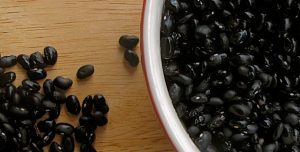