Study establishes a direct link between human-carnivore conflicts and prey species, and points to the importance of conserving urban prey.
ABSTRACT ONLY Only an abstract of this article is available.
PEER REVIEWED This article has been peer reviewed.
Summary By: Stella Bang | This is a summary of an external study | Published: March 17, 2017
Photo by Flickr user meantux 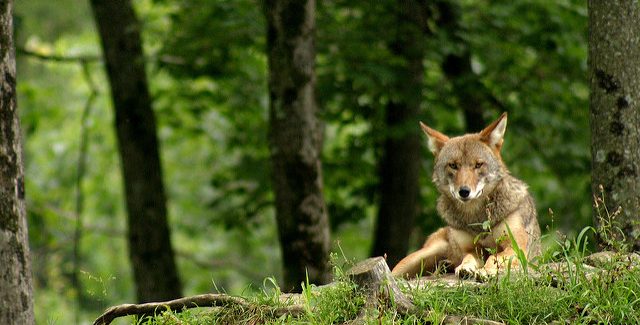 As coyotes become increasingly common in urban communities across North America, they have occasionally caused problems, particularly attacks on companion animals. While rare, when they do occur, these incidents may compromise human well-being. Because urban coyotes depend largely on natural prey and would target companion animals under unusual circumstances (e.g., if inexperienced or injured), the presence of natural prey could help reduce the rates of human-coyote conflict in urban areas.

Although how prairie dogs influence human-coyote conflicts remains to be seen, the authors speculate that prairie dogs and related organisms serve as a food source for coyotes, making it less likely for coyotes to attack humans or companion animals. While this may be an uncomfortable trade-off for some companion animal advocates, that does not make it any less of an option to consider as a conservation strategy overall. As one of the first attempts to establish a direct link between human-carnivore conflicts and prey species, this study points to the importance of conserving urban prey, and ultimately, diverse wildlife in urban landscapes.