We have tried to create lab animal 'models' in the image of humans, but in doing so have we just created faded copies of their - and our own - problems?
FULL TEXT The full text of this article is available.
ANIMAL RESEARCH This article involves research on captive animals, which Faunalytics opposes.
Summary By: Karol Orzechowski | This is a summary of an external study | Published: July 7, 2015
Photo by Flickr user si_crank 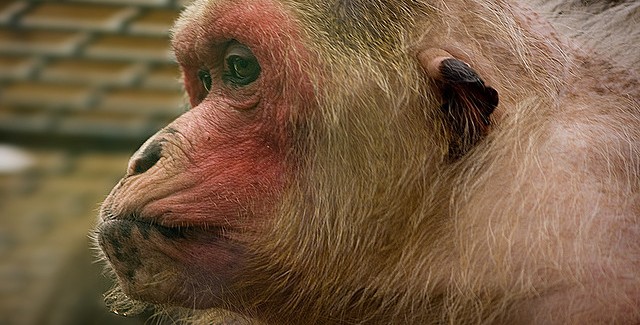 Permitting the use of animals for biomedical experimentation rests on a fundamental paradox: believing that animals are so much like humans that it is supposedly useful to experiment on them, but thinking that they are not so much like us that it raises ethical questions to do so. However, many of the diseases that we want to study do not have animal analogues; that is, animals do not exactly replicate or have the same physical or psychological disorders as humans, so we study them symptomatically in animals. In other words, we simulate the symptoms of a psychological disorder in an animal, and then try to treat those symptoms, as opposed to treating the actual root of the disorder itself. How have these contradictions in animal experimentation been created, and how have they flourished? How do animals that are so unlike us in so many ways become simultaneous stand-ins and test subjects?

Like the questions, the answers are not simple. The use of animals in laboratories has evolved and become normalized over hundreds of years, and this paper outlines several ways that normalization has taken hold. Dealing specifically with study of psychology, the author notes that “in its effort to develop a modern field comparable to biological science, psychology adopted the strategy of developing animal models of human psychological disorders.” “To facilitate this form of inquiry, psychologists constructed laboratories and laboratory animals.” In this description, the author means “constructed” quite literally, as scientists moved away from home labs into more regulated and controlled spaces. “While the lab was shaped architecturally to fit the lab animals, it is equally true that the lab animals were shaped to fit the lab.”

Once researchers came to rely on a certain set of standard animals, “models and research procedures become established as areas of research within animal behavior psychology.” Using the example of human depression, literature gets “built up” around the use of a particular animal as a depression model, and as the literature builds up, further experiments tend to be validated against the new model, rather than the original behavior that was being studied. The “research enterprise,” as the author puts it, “becomes ingrown.” The results of studies using the same animal models begin to fold in upon themselves, and we lose sight of what we were doing, meaning that the results may be of little or no value to further understand the object of original study. Without an understanding of this history and appreciation for the ways in which humans have helped to “make” the models, researchers are doomed to produce bad research and carry out tests on animals that shouldn’t be there in the first place.

Though the study primarily deals with the social construction of rats and mice, this type of critical history can be applied across virtually all species that are commonly tested on. What the research notes is that the way lab animals are thought of in general is not an accident. There is a philosophy and discourse behind it that makes any of the major lab animals we use subject to the same process. At first, these animals are supposed to be a kind of copy of us, but the more they become ingrained in the machinery of the experimentation complex, the more they become like a copy of a copy of a copy. “The model [animal] merely supplies a loose analogy for the object of study [human]. For example, an animal in whom depression has been induced becomes a graphic image of depression. The use of the model as a generative device degenerates to that of a rhetorical device.”

For advocates, it is important to understand the cultural history of different kinds of animals so that we can properly advocate for them. Understanding our cultural relationship to lab animals is a complex task, and using that knowledge fruitfully is even more of a challenge. Still, being aware of the cultural history of animal testing and construction of labs in general, can help us to sharpen our messaging and put forward a stronger case for lab animals.

This review address animal research from a historical perspective, addressing the changes in arguments and situation of research animals.