This literature review shows that consumers underestimate the environmental costs of meat and calls for more research on sustainable proteins.
ABSTRACT ONLY Only an abstract of this article is available.
PEER REVIEWED This article has been peer reviewed.
Summary By: Faunalytics | This is a summary of an external study | Published: February 9, 2017
Photo by Flickr user andrea_nguyen 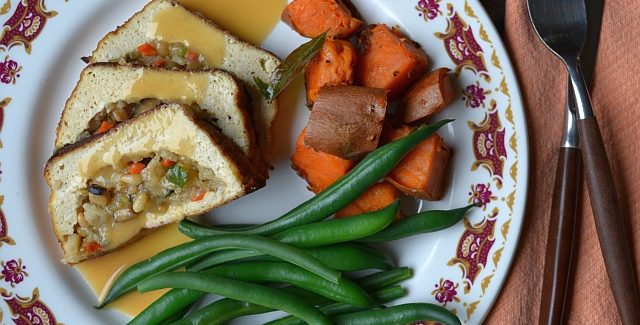 There is no longer any doubt that diets based on animal products negatively affect the environment, people, and animals. Recent research from the European Union suggests that a 50% reduction in animal product consumption (in the E.U.) would result in a 25–40% reduction in greenhouse gas emissions associated with food production for the region.

If people want to achieve sustainable food production, there is a “broad consensus” that reducing meat consumption is crucial. The production of pig and chicken meat is generally “much more efficient” than the production of other meat types. But the “efficiency” largely depends on how it is produced, which can vary even for the same types of animals. And the optimal efficiency of pig and chicken meat is still less efficient than producing plant protein. Yet, food habits are an area where social and taste factors often seem to dominate over ethical and rational thinking.

This extensive review summarizes the literature “that examine[s] the barriers and chances for motivating or nudging consumers to change their protein consumption behaviour.” Specifically, the researchers wanted to understand if consumers know about the environmental impact of eating meat and if they would be willing to change their consumption habits. The researchers also wanted to know if consumers would be willing to accept protein substitutes such as insects or cultured meat.

The researchers analyzed thirty-three separate studies from throughout the world. All studies suggested a “very low” awareness among consumers of the large environmental impact of meat production and consumption. The researchers call this low awareness “surprising,” but do not explain why they think this is the case. They suggest that education is key to tackling the low awareness. But even if consumers are better informed, they may remain reluctant to change their food habits.

The review found that the more producers distance insect products from their insect origins (e.g., a processed insect protein bar vs. deep-fried whole crickets), the higher the consumer acceptance of insect protein. The data on attitudes about cultured meat is still sparse, but apparently shows some promise. The researchers note that “sensory properties of foods are crucial for their acceptance.”

The results of this review are somewhat generalized. And necessarily so. Due to the nature of comparing dozens of studies, each with different parameters and methods, it is very difficult to come up with concrete statistics. The researchers note that none of the studies in the present review use a random sample of the population. Most studies are also confined to small geographical areas.

Researchers need to carry out more in-depth and robust studies to get a clearer picture of consumer acceptance of alternative protein sources. For now, this review draws the attention of animal advocates to the continuing need for two actions: 1) raising public awareness of the environmental (and other) benefits of choosing plant and cultured proteins over meat; and 2) supporting consumers in transitioning to these alternatives in their own food habits.