The Effectiveness Of TNR: Looking At One Iconic Case

Looking at an 'iconic' case study of Trap-Neuter-Return reveals that we still need a broad adoption of systematic data collection and consistent assessment, but the results are very promising.
FULL TEXT The full text of this article is available.
PEER REVIEWED This article has been peer reviewed.
Summary By: Linda Tyler | This is a summary of an external study | Published: February 9, 2018
Photo by Flickr user saveourwildcats

It goes without saying these days that using quantitative models and analyses to evaluate the effectiveness of animal welfare interventions is the ideal. But what if virtually all countable data from an early and well-known implementation of an animal management approach were lost to pre-digital-age record-keeping and multiple waves of well-intentioned record-purging?

This is precisely the case for the iconic Trap-Neuter-Return (TNR) program that was carried out in Newburyport, Massachusetts beginning in 1992. In this project, researchers undertook a qualitative, descriptive analysis of this well-known implementation of TNR. They make the argument that there are still important insights to be gained from a non-quantitative look at an effort that shrunk a thriving and long-standing feral cat population from 300 in its heyday to, ultimately, zero.

Using semi-structured interviews with former and current volunteers and local officials as well as newspaper accounts and a smattering of surviving documents, the researchers piece together as much of the sequence of events as possible. They first describe Newburyport and the impetus of the program: hundreds of hungry feral cats scavenging for food in full view of downtown restaurant patrons. They then walk through the implementation of TNR by the volunteers, including the protocols they developed to solve challenges they encountered along the way. For example, the group came up with methods for dealing with hard-to-trap cats. They decided how to handle litters of kittens, pregnant females, and non-feral strays that got added to the mix. They even had to open their own shelter when the foster network could not handle the number of adoptable cats and kittens. Their efforts to communicate to the community about this counterintuitive approach to population control were far-reaching and, from all indications, effective.

Finally, the authors synthesize what they see as the key factors contributing to the successful effort in Newburyport. They point to the pairing of TNR with vigorous adoption efforts for sociable cats as a key innovation. They also call out the cultivation of community partners and the use of feeding logs to record attendance and activity. Some insight into the governance structure and protocols of the effort, as well as the nature and degree of the teamwork and commitment of the early volunteers would have been useful, but it is not clear that surviving records and memories would have supported viable observations in these areas.

The researchers have done the companion animal advocate world a great service: by gathering so much information and piecing together the best possible description of a pioneering and still-controversial animal welfare practice, the researchers present a strong case for its implementation. 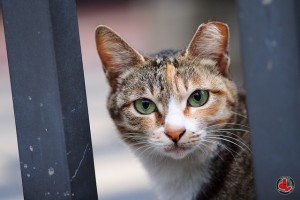 Stray cats are not adopted as readily or quickly as owner-surrendered cats. What can shelters do to adjust for this bias?