"Personality" research with companion animals can help us understand their needs and wants and may have bigger implications for their welfare.
ABSTRACT ONLY Only an abstract of this article is available.
PEER REVIEWED This article has been peer reviewed.
Summary By: Karol Orzechowski | This is a summary of an external study | Published: March 29, 2016
Photo by Flickr user hellie55 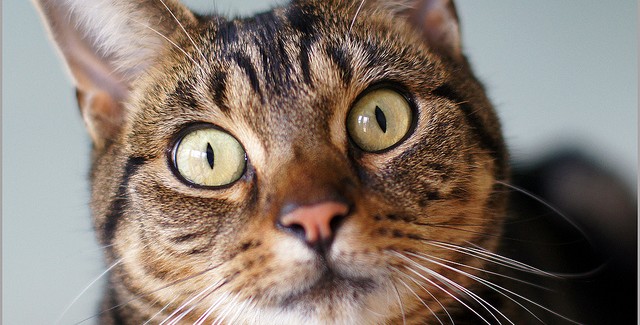 Personality is something that we’ve studied in humans for many years, but research on companion animal personalities is relatively new. In fact, while the number of published academic works on primate species personalities may number in the hundreds, the number of articles looking at dog and cat personalities number only in the tens (51 articles for dogs and 20 for cats before 2005).

However, there is a shift happening: since 2005, the number of articles looking at dog personalities has almost doubled while studies of cat personalities have gone up by 20%. Research on dog personalities has been more extensive, but the variety of methods used in animal personality studies means their results are difficult to compare. Some studies use rigorous measures of observable aspects of dog behavior that can be scientifically dubbed “personality,” while other studies simply ask people living with companion cats to freely describe their personality.

This review of companion animal personality studies looks at the range of methods that have been used and the results that have been gleaned from them. The authors explain the disparity between dog and cat studies by noting that “dogs having a longer history of domestication than cats, and because of their ability to be trained easily, and because they take cues from humans easily, are considered easier to study.”

Still, they note that there is a range of research questions “that have yet to be answered” for both dogs and cats, such as domestication and the evolution of companion animal personalities. The researchers note that personality research has “implications for pets, from well-being to morbidity to mortality,” and to this end it needs to be more standardized and rigorous. For companion animal advocates, these types of studies help better understand the animals we’re trying to help and also assists with communicating the needs of companion animals to people who live with them.