Challenging the Centrality of Meat in Home Economics

This study explores the role of meat in "home economics" and similar classes, and the formation of meat perceptions among teenagers.
ABSTRACT ONLY Only an abstract of this article is available.
PEER REVIEWED This article has been peer reviewed.
Summary By: karol orzechowski | This is a summary of an external study | Published: December 7, 2015
Photo by Flickr user mikkokuhna 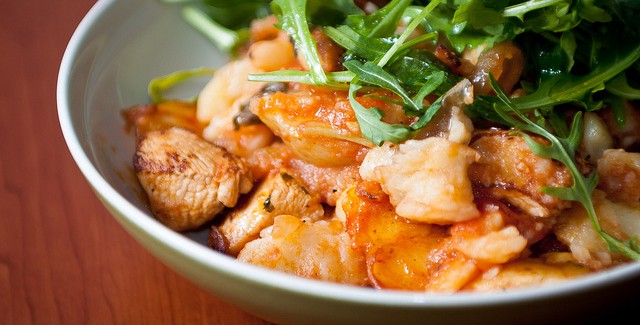 Meat consumption is an increasingly controversial practice. As a subject of debate at the dinner table, in the media, and elsewhere, discussions range from meat’s impact on human health, animal suffering, and environmental impact. While the debates continue, however, it’s clear that meat consumption is generally more expensive, less healthy, and has a much bigger impact on the environment when compared to consuming plant-based foods. In response, some countries are implementing policies to curb meat consumption.

In Sweden, public health policymakers recently set a goal to reduce consumption of red meat to 500 grams per person per week, or 26kg per year. Swedes currently consume about 49kg of all kinds of meat per year, plus another 23kg of charcuterie (cold cooked meats) and 11kg of frozen products that contain meat. As with many cultures, Swedes see meat — especially red meat — as “a symbol of strength, masculinity and power,” and researchers note that food choices are “not only a rational matter, but also a social and emotional one.” Northern Sweden in particular holds meat in high regard because of a long tradition of hunting and reindeer herding. Paradoxically, however, one northern Swedish town famously has a history of “Straight Edge Veganism,” with 16% of 15-year-olds identifying as veg*n.

To better understand the contradictory meaning of meat consumption, specifically for teenagers, researchers surveyed students taking Home and Consumer Studies (HCS), which is roughly equivalent to “home economics” classes in the U.S. They interviewed 59 students and five teachers across five Swedish towns and villages between 2010 and 2012. The researchers’ goal was to describe the current discourse around meat in HCS classes, and relate that discourse to theories that might explain our contradictory attitudes toward meat. The in-depth personal interviews allowed the students to go into considerable detail about their experiences.

The researchers found two primary (and contradictory) ways in which students in HCS classes discuss meat; these include the centrality of meat and the threat of meat. The “centrality of meat” was a major theme that emerged from the interviews, based on “health, sensory aspects, culture and social relationships.” The perceived “threat of meat” also came from those same relationships, plus “the added dimension of psychological discomfort.” Those who discussed the centrality of meat described it as the sensory or cultural centrepiece of a meal, something seen as “strengthening, irresistible, and necessary.” Some also described reducing meat consumption as leading to nutritional deficiencies, a loss of pleasure, or even “social deviance.”

We need to get… I don’t remember how many different [amino acids] there are, but it’s maybe fifty different ones, or something like that. Um, it’s a number of… we need to get, um, most of them, it’s no problem, we get them. But in beans there are perhaps forty-five of these fifty, and to get the fifty we have to eat them together with pasta or rice or bread.

Another teacher also noted to students that, “we usually don’t have to even think about eating [certain nutrients]” because they are found in meat. Meat was also important to students and teachers from a cultural standpoint. Many of the dishes the students would learn to make in class had cultural relevance and are focused around meat, or at least contain meat as a side ingredient. Concerns relating to the “threat of meat” would also creep in from time to time in these discussions, but it was never enough to challenge the dominant discourse. However, even when students questioned the centrality of meat during these discussions, it generated debate that only reinforced the sense of meat’s centrality for others.

While this study is based in Sweden and may have specific relevance for Swedish animal advocates, it points to interesting results that may also be helpful to those in other countries. “Food habits are established early and are often difficult to change,” note the researchers. If advocates can help make it normal and acceptable to challenge the centrality of meat in HCS and home economics classes, it may help to disrupt the formation of habits that might centralize meat. Humane education and potentially advocating for student choice policies (similar to dissection choice policies) may help empower students to speak up and/or opt out of preparing meat in class. 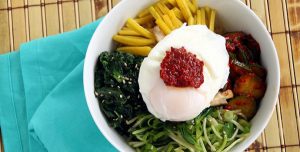 Attitudes Towards Vegetarianism And Meat-Eating: A Case Study From Belgium

A study from Belgium looks at the differing attitudes between vegetarians and meat-eaters with an eye on making advocacy more effective.