Can We Measure Extinction Of Undiscovered Species?

Researchers worldwide joined forces to produce a mathematical model estimating the amounts of extinctions among species yet to be discovered.
ABSTRACT ONLY Only an abstract of this article is available.
PEER REVIEWED This article has been peer reviewed.
Summary By: Lukas Jasiunas | This is a summary of an external study | Published: May 10, 2017
Photo by Flickr user wenchieh_yang 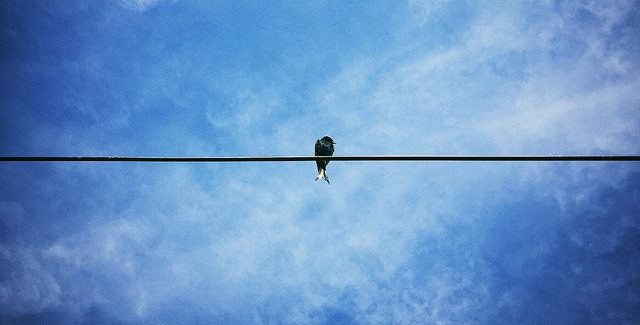 All over the world, animal species yet to be discovered regularly go extinct with a swoosh and a bang. Previous studies have pointed out that human activities are considered to have the most negative impact on species survival. Furthermore, if not addressed promptly, the effect may eventually result in extinction levels comparable to the planet’s historical mass extinctions. With the aim of inspiring interest in species conservation, scientists from four different institutions took on the task of estimating how many of our fellow earthlings go extinct without our knowledge. The study included an assumption that natural extinction probability is negligible for the proposed mathematical model. The researchers gathered data on freshwater fishes and bivalves, birds, amphibians, marine, and terrestrial mammals. The data was originally collected across North America, Australia, and, in some cases, globally.

Since approximately 90% of existing species are still undiscovered, the actual species losses are greatly underestimated. Researchers set out to determine more precise figures under the educated assumption that discovered and undiscovered species are equally probable of going extinct.

Using statistics and mathematical modeling, the researchers found that the current numbers of species officially defined as extinct were greatly underestimated. The fraction of undiscovered extinct species over all extinctions ranged from 15% to 59%, depending on the group and the region. Notably, because of their long history of discovery, birds showed the lowest values, whereas freshwater fish showed the highest. The findings indicate that estimates of current extinction levels should be more than doubled in the case of some species. This study marks the first attempt to quantify the unknown diversity loss mathematically. Although there were several educated assumptions made during the study, future research will only improve the proposed mathematical model.

The fact that recorded extinctions underestimated true extinctions is concerning, but the researchers claim that these results also bring good news. Other scientists came to a reassuring conclusion that undiscovered species are far more likely to first be discovered than to go extinct. If that is true, this study makes a strong case for ecosystem conservation and taxonomic research as the more diversity there still is to be discovered, the more urgent it becomes to invest in understanding and conserving it. The researchers highlight the fact that, despite the large scope of this study, most organisms are in fact invertebrates, fungi, and microorganisms, which are still largely undiscovered; therefore, taxonomists should put more effort into specializing in these under-represented organism groups.

This study can help educate and empower animal advocates to promote awareness of species extinction, and gives further merit for debating the issue of wildlife suffering. Conserving natural systems where large proportions of biodiversity are yet to be discovered is the logical extension of this, ensuring that countless lifeforms have a chance to be discovered and protected.

Human Expansion And Its Effects On Wildlife

Researchers are united – we need more knowledge on the long-term effects of human expansion on wildlife. This blog post looks at some recent scholarship on the subject.

The Economics Of Ecotourism: Private Profits And Social Benefits