Study of zoo elephants looks at stereotypic behavior and social grouping, housing, management, life history, and demographic characteristics play a role.
ABSTRACT ONLY Only an abstract of this article is available.
PEER REVIEWED This article has been peer reviewed.
Summary By: Faunalytics | This is a summary of an external study | Published: June 27, 2017
Photo by Flickr user pirate_renee

Elephants are widely recognized as charismatic and majestic animals. Whether people are animal advocates or not, the captivity of zoo elephants—and the welfare concerns that go along with it—raises serious concerns. Elephants in zoos show a variety of behaviors that may indicate poor welfare in captivity; of particular concern is stereotypic behaviors (SB) such as swaying, weaving, and pacing repetitively. While some studies have been done on the prevalence of SB among captive animals, including elephants, many have, until recently, tended to regard all different manifestations of SB as results of the same causes. Previous research has shown that 85% of elephants living in North American zoos exhibit some form of SB, but this research has tended to treat all SB the same, in an aggregate form. Only recently has there been some recognition that different types of SB may relate to different risk factors.

The purpose of this study was to “formally characterize the SB forms of North American zoo elephants,” and use that information to develop models to understand the causes of the SB in elephants’ repertoires. To do this, the researchers collected data from elephants housed at 39 zoos accredited by the Association of Zoos and Aquariums. Using a blind selection process, the researchers selected two female elephants and one male from each zoo. All selected elephants were older than 12 years, and free from chronic illness and musculoskeletal issues. Using high definition camcorders, the zoo staff collected footage for analysis by the researchers. What they observed was that, of the SB shown by the elephants, 95% of them were “stationary whole-body SBs,” 4.4% were locomotor SBs, and an even smaller number were oral (0.3%) or self-directed (0.1%). This result is noteworthy because elephants tend to have a very large natural range, which usually means they will exhibit more locomotor SB in captivity, but in this case the display was relatively low. In addition, almost all of the elephants who showed locomotor SBs demonstrated these behaviors during only one season: either summer or winter.

For animal advocates, the study is not necessarily conclusive: the authors note that there were numerous uncontrollable characteristics of social groups that confounded some of the results. However, the study is a broad one and does show that there is a general high prevalence of SB among zoo elephants, showing that the overall welfare of zoo elephants across the country is unacceptable. 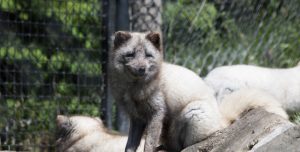 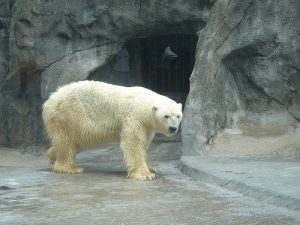