Our landmark study of lapsed and current vegetarians/vegans is an essential resource for animal advocates. Here we've compiled all of the related reports and resources in one place.
ABSTRACT ONLY Only an abstract of this article is available.
EXCLUSIVE Exclusive article or blog for Faunalytics.
Author: Faunalytics | Published: February 24, 2016
Jo-Anne McArthur/We Animals

We’ve just released the last set of reports in our three-part series of takeaways from our Study of Current and Former Vegetarians and Vegans. With this release, we’re looking back at some of the key findings from the study, and also looking forward to what more can be learned by sharing the data publicly.

Since the data was collected in May 2014, Faunalytics has released three sets of reports that cover different aspects of the data. Each is listed below along with some key takeaways.

Study of Current and Former Vegetarians and Vegans: Qualitative Findings

For further information on the study see our infographic and our previous blogs on the topic: How Many Former Vegetarians and Vegans Are There? and 30 Million U.S. Adults Have Tried Vegetarianism or Veganism.

While there were some ill-founded assumptions about lapsed vegetarians and vegans in the media following the release of the study, we’re comforted that the research has most importantly resulted in a greater awareness among advocates that vegetarian and vegan retention requires our attention. But these diets are not alone in this challenge; as with any dietary modification, not everyone who tries a new diet maintains it. The encouraging part, however, is that there is so much interest in meat-free eating, which is something our movement can really build on. This study is a step toward putting advocates in a better position to limit the obstacles that people face when trying to maintain an ethical diet in a society that, at this point in history, is organized counter to this essential goal.

We have made the survey instrument and full datasets available so advocates and researchers can use their own lens and interpretations to find further takeaways from the study.

The study has been a labor of love for Kathryn Asher and Che Green at Faunalytics, and also for the number of volunteers who generously contributed their time, research skills, or statistical know-how to the project, including: Dr Brock Bastian, Matt Bear, Cobie deLespinasse, Dr Hans Gutbrod, Dr Galina Hale, Peter Hurford, Mirna Jewell, Jack Norris, Carolyn Peake, Dr Eric Roberts, and the folks at Statistics Without Borders. None of this would have gotten off the ground without the generous support of the Animal Welfare Trust, VegFund, FARM, and Stephen Kaufman, MD.

Note: The study only explored dietary vegetarianism/veganism, so the terms vegetarian and vegan are being used here as a shorthand for dietary vegetarianism and veganism. Note also that the findings discussed here should be considered in light of a number of limitations, which are addressed in detail in the reports. 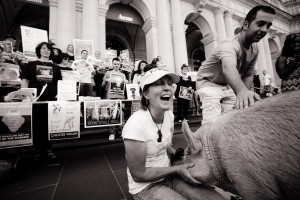 Study Of Current And Former Vegetarians And Vegans: Secondary Findings

This report is the final installment of our Study of Current and Former Vegetarians and Vegans, focused on specific research questions.