Curbing feral cat populations is complicated, and new modeling suggests that the Trap-Vasectomy-Hysterectomy-Return (TVHR) technique is better than current TNR programs.
FULL TEXT The full text of this article is available.
PEER REVIEWED This article has been peer reviewed.
Summary By: karol orzechowski | This is a summary of an external study | Published: August 28, 2015
Photo by Flickr user troysnow

Feral cats present a challenge for communities across most of the world. By some estimates, the number of feral cats in the U.S. exceeds the number of cats that live in homes. Life for feral cats can be difficult, as they endure problems not frequently associated with companion animals living in a home, such as disease, starvation, or trauma. Unfortunately, because of the way that they live and are socialized, feral cats are often difficult to adopt through normal channels, so cat advocates spend a great deal of time trying to manage these populations through programs that involve trapping and sterilization. Though the control of feral cat populations may seem straightforward on the surface, it is a hotly debated topic with many stakeholders that have different goals and mandates. For many advocates, the goal is to maximize the quality of life for the cats while also eventually reducing, then eliminating, the feral population over time.

One popular method of population control has been Trap-Neuter-Return (TNR). The rationale in this case is a slow population decrease through attrition and territorial defense by neutered resident cats. In the U.S., groups like HSUS support TNR initiatives and this method gets high approval ratings in public opinion polls. In spite of this strong support and the allocation of considerable amounts of resources, the authors of this study claim that “there are few data to support [TNR programs’] effectiveness in eliminating feral cat populations, other than small colonies in controlled environments with active caregivers.” The American Veterinary Medical Association (AVMA) sees TNR programs as effective but “not sufficient” to eliminate the feral cat problem, while many wildlife advocacy groups oppose TNR as simply ineffective.

Of course, it’s often easier to oppose something than provide a better solution, and it’s against this backdrop that a paper published in the Journal of the AVMA examines a new technique called Trap-Vasectomy-Hysterectomy-Return (TVHR) as a possible alternative. The method is promising because it allows cats to retain reproductive hormones and normal social behavior, while controlling populations. Using computer modeling based on available data, the researchers found a “clear superiority” of TVHR. The use of vasectomy or hysterectomy to control feral cat populations has been studied, but “rarely has it been investigated clinically.”

The authors note that while the study showed a superiority of TVHR, there are potential disadvantages, for example, TVHR “allows persistent undesirable male behaviors such as fighting, vocalization, and urine marking,” and it is often these very behaviors that control programs are trying to mitigate. Likewise, vasectomy is a more complicated and time-consuming procedure than neutering, though it does result in a more “rapid and persistent” population decline. The cost-effectiveness of the approach depends on how well these factors balance each other out.

The findings of this study are encouraging for those who help to feed, manage, or otherwise look after feral cat populations. The researchers note that these computer modeled results show promise, and direct clinical trials would clarify the findings and support or refute the claims. Feral cat advocates may want to help implement such trials so that we can discover more about TVHR and determine whether or not to put the method into practice. 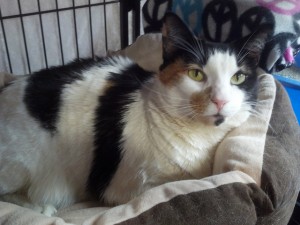 Evaluating cat behavior in shelters can have a positive effect on one of the greatest risks to successful adoptions: unrealistic expectations of adopters. 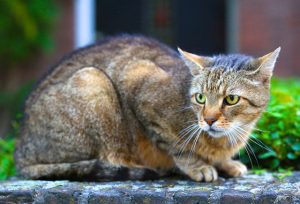